We Have a Solution for Mosul and Middle East Crisis: PKK Foreign Relations Head Riza Altun 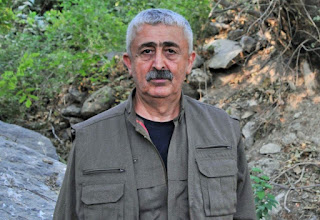 We Have a Solution for Mosul and Middle East Crisis: PKK Foreign Relations Head Riza Altun
Riza Altun, head of foreign relations for the Kurdistan Workers’ Party (PKK) and a Kurdistan Communities Union (KCK) Executive Council member, has spoken to journalist Erdal Er about the on-going Mosul operation, Turkey’s plans and the stance of the PKK in the upcoming period.

The Mosul operation has begun. Can you assess the first few days, what is the situation?

The operation isn’t moving forward in consensus. Iraqi forces are spearheading the operation officially and the international coalition is supporting it. These are the main forces that will enter Mosul. Turkey has been left out of this process. Peshmerga forces will not enter the city and remain on the outskirts. So will the Shi’ite Al-Hashd Al-Sha’abi [PMU]. It seems that this is also the case for Al-Hashd Al-Watani. This is the basis the operation has been founded on.

What are the dangers without a consensus?

The operation’s command centre is problematic. Each force has a different calculation in Mosul and it’s not an easy target. These forces want to carve a place for themselves in Middle Eastern politics with the operation.

There are many different forces in Mosul. There are potential forces that could ally with Daesh (IS/ISIS).

There are powers like Turkey, Saudi Arabia and Qatar, who despite saying they want to be involved in the operation, have ties to Daesh. It is not clear what role they will play yet. The Kurdistan Democratic Party (KDP) is in the middle and it isn’t clear yet what it will do in a situation that is constantly changing. So it is difficult to say what will happen at this moment.

Let’s say Daesh is defeated, what will happen to Mosul?

That is when the real problems will start. Kurds, various Sunni groups have claims [on Mosul]. Shi’ites have claims, so do regional powers.

International forces’ plans aren’t that clear, but we all know that they have deep-rooted, extensive calculations. They want to make claims on the Middle East and/or secure their interests. They are moving forward wearily, constantly evaluating each moment, their relations and conflicts and the results of these.

The central Iraqi government wants to protect its federal structure. If it finds the opportunity it wants to consolidate its power and form hegemony. For example it has issues with Kurds. Even though there is a federation there are still areas under contention. In this regard there are problems with the federal structure arising due to the central government.

There are serious poblems and demands in the South Kurdistan front. There are the disputed areas. There is the issue of Kirkuk. There are issues with what we call Iraq’s central region. In other words the designating of a Kurdish border, the expansion of the Kurdish federation’s authority, and similar matters. Furthermore there is Tuz Khurmatu, Diyala and other areas with serious issues and disputes. These need to be solved. There are two approaches: continuing with a federal structure or an independent Kurdistan. Both approaches are still valid. Even though there are still uncertainties the Kurdish people want a solution.

Iran approaches issues from a Shi’ite perspective. It wants to be a regional hegemonic power and constantly incites the Iraqi government’s Shi’ite character and then supports it to consolidate Shia dominance in Iraq.

Turkey is implementing a similar policy to Iran using Sunnis. It also has historical claims due to its Ottoman past; Erdogan and the AKP government are using these as strategic claims. From the beginning they have constructed their Middle East policy based on this and see Mosul as Ottoman land. Erdogan’s invocation of the Lausanne Agreement recently is due to this. He wants the National Pact of 1920 to be reviewed to claim rights on Aleppo, Mosul and Kirkuk. Turkey’s calculation in this regard is very dark and dirty. On one hand it wants to wreak havoc to form hegemony based on the Ottoman tradition and on the other it is trying to create Sunni domination using its ties with Salafist forces in Iraq and Syria.

Amongst all these contradictions and conflicts, what do you as the PKK think about the Mosul operation, what are your suggestions?

We want the issues of the Middle East to be solved within a perspective that is egalitarian, liberationist, just and democratic and are struggling for this. This is a policy for Iraq, Syria, Turkey and Iran. Our leader (Abdullah Öcalan) has reiterated this many times. We are struggling against religious, racial, ethnic and sexual discrimination. Our principle for solving problems is equality. We want this also for Mosul.

Could you elaborate a little?

The political-military struggle we were waging in the Middle East and Kurdistan before Daesh was based on this axis. We furthered our fight based on the democratisation of Kurdistan and the Middle East. After Daesh this was better understood. It affected the Middle East because it appealed to its reality. When the Salafist line gained headway, we proved our position and the side we were on with this political and military approach. We gained positive results in Syria, Iraq, Mosul, Kirkuk and many other places. This is our approach to Mosul too.

Can the PKK’s suggestion be a model for Mosul?

All the risks in Mosul could be eliminated if the policies we foresee are implemented. Mosul is a mosaic of peoples: Shi’ites, Sunnis, Kurds, Assyrians, Yazidis. I listed how the other forces view this mosaic above. Each one views it from its own perspective.

Their approaches are problematic because they are self-centred. This is also how they are approaching the operation. How much can the Shi’ites accept the Sunnis, the Turkmen the Arabs or Kurds? There is not a single force or political line that represents all these groups or approaches them in an equal way.

Of course these issues cannot be solved with traditional approaches. We are talking about a political, social organisation in which all these diverse groups can find representation. A relationship and administration that is founded on equal rights. Our proposal for a confederal system is a model that can resolve the crisis in the Middle East. Therefore we want to participate in the Mosul operation with this approach.

Will you join the operation?

We have a political strategy we have developed in the Middle East. Our approach and path is evident.
When no other force could fight against Daesh we stood up and stopped them in Sinjar, Makhmour and Kirkuk fronts. Now some powers have said they don’t want our participation. We believe this is because of regional powers.

Who are these regional powers?

Turkey is active in this regard. Turkey’s new anti-Kurdish policy was founded on the premise, ‘The PKK fought Daesh and became a power in the region. If we can take the Daesh card away from the PKK and present ourselves as the best force against Daesh we can defeat the PKK and bury the Kurds’ in the dustbin of history.’ This is why Turkey is so intent on joining the Mosul operation and preventing the PKK’s participation.

Turkey hasn’t limited its stance to political and military means; it has also resorted to blackmail policies that have put the region and relations at risk. It has turned the PKK’s involvement into a matter of life or death. Turkey’s worry isn’t to solve the problems in Iraq or Mosul. It is to prevent the Kurds from gaining rights and the PKK from becoming a part of the process. This is why it is pressuring the coalition forces and Iraqi regime.

Of course this isn’t just limited to Turkey; Saudi Arabia and Qatar are also involved. They are also in an active position. They want to also eliminate the PKK. We know that the KDP has a role in this too. The PKK was declared a red line in recent meetings between [Iraq Prime Minister] Abadi and the KDP. There is a common axis that is trying to prevent the PKK from expanding its political area of influence. They see this as a danger to their interests.

We will continue our struggle in the Middle East based on our principles. Turkey and other similar powers do not have a solution but we do. Naturally we are going to continue defending the existence and gains of our people.

What is your plan of action from now on?

We will continue walking our own path but will also view how the Mosul operation develops, how it will affect the balance of power and its results. We have never had and will never have the intention of severing ourselves from the process. There is an anti-Kurdish stance led by the Turkish state. We know that the Turkish state wants to eradicate the PKK as part of this anti-Kurdish policy.

We have known for a long time that as part of this policy they want to conduct an operation on Sinjar. A potential operation is definitely connected to the Mosul operation. It is a reflection of the political-military plans in Mosul. Secondly, it is not clear what Turkey and the KDP want to do with Makhmour and Kirkuk. Furthermore the same goes for the Medya Defence Zones [areas controlled by the PKK in South Kurdistan (KRG)]. Naturally we will continue defending our positions.

Of course. We have been making preparations since we declared our readiness to join the Mosul operation. Both militarily and politically. We have arrived at this moment by engaging in political, diplomatic efforts. This is a result. We are also ready militarily to take action when the situation arises.

Are diplomatic efforts continuing with coalition forces, the Iraqi government and other powers?
Certainly. However there are no concrete results as of yet. As I said, they have started but we will see how things develop and what results we get. We can say this though: the PKK isn’t going to watch the process from the sidelines, it is going to be leading the way for a solution.