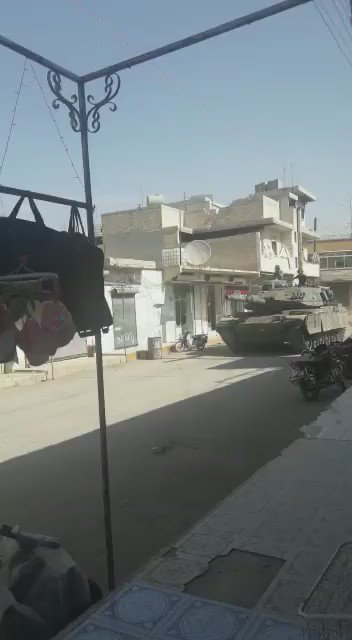 Moreover, Turkish-backed rebels threatened to expel the SDF from Tel Rifaat town, after the SDF-affiliated group, the Revolutionary Army [known as Jaish al-Thuwar], reached 18 kilometers from al-Bab subsequent to capturing several villages there.

Since October 19th, clashes continued between the Kurdish-led SDF units and the Turkey-backed rebels of the Euphrates Shield in Aleppo countryside.

The Russian government condemned the Turkish actions, while the Syrian army stated they would hit any Turkish jet to enter Syrian air space.

The general command of the SDF-linked Revolutionary Army said on Saturday they repelled attacks by the Turkish Euphrates Shield on 21 October, and killed 19 pro-Turkey fighters.

Furthermore, the SDF leadership said they have shot down a Turkish renaissance drone and wounded a senior commander of the Turkey-backed rebels in northern Aleppo.

Turkey has however shown willingness to respect Russian sensitivities in Aleppo by agreeing to remove al-Nusra Front militants from the town in a telephone conversation between Erdogan and Putin. The partnership with Russia looks like a way for Turkey to achieve a slightly scaled down version of its long-term policy aims in Syria, something the US could not provide.
On 23 October, Erdogan told the Russian TV channel Rossiya-1: “I need the support of my respected and valuable friend Putin in the joint struggle against terrorism in this region. We are ready to take every step necessary to cooperate with Russia in this area.” Russian-Turkish friendship is new but it may be more than a short-lived marriage of convenience.