What is it about a student organization, the Ambedkar-Periyar Study Circle (APSC) that frightened the Dean of Students of the IIT Madras enough for him to unilaterally ‘derecognize’ it ?
The reason given is the usual idiotic red herring: “They were spreading hatred among communities”. 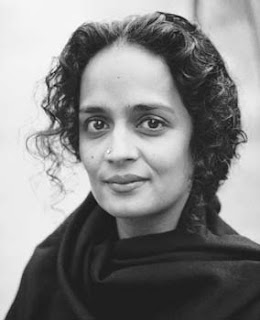 Another reason they were given, the students say, is that the name of their organization was considered to be too ‘political’. The same does not apply obviously to other student organizations such as the Vivekananda Study Circle.


At a time when Hindutva organizations and media outlets are outrageously celebrating Ambedkar the man who publicly denounced Hinduism, as though he is their very own man, at a time when the Hindu Nationalsts’ campaign of Ghar Wapsi (a revamped version of the Arya Samaj’s ‘Shuddhi’ program) has been launched to get Dalits to return to the “Hindu Fold’, why is it that when Ambedkar’s real followers use the name or likeness of Ambedkar they get murdered like Surekha Bhotmange’s family in Kahirlanji? Why is it that if a Dalit man has a ring tone on his phone with a song about Ambedkar he gets beaten to death? Why has the APSC been derecognized?

It is because they have seen through this charade and have put their finger on the most dangerous possible place. They have made the connection between Corporate Globalization and the perpertuation of caste.

There is hardly anything more threatening to this present Ruling establishment than doing what APSC did—celebrating both Bhagat Singh and Ambedkar. This is what has brought them into the line of fire. This is what is sought to be quashed. Equally threatening is the VCK’s announcement about joining forces with the left and progressive Muslim organizations.