Henry Friedrich Carl Metelmann, was born on 25 December 1922, the son of a socialist railway worker in Hamburg, Germany. As a lively and active boy, he joined the scouts, and later his group was merged with the Hitler youth.

With Hitler's rise he was seduced by the fascist movement, and the experiences and privileges it bestowed

He fought with Von Paulus' Nazi 6th army at Stalingrad.

Through experience he came to reject fascism and capitalist imperialism.

He settled in Britain, becoming a communist, a railway worker, groundsman, writer and peace activist. He died on 24 July 2011.

Henry Metelmann was keen to talk about his experiences, especially to the young, and equated the invasion of the Soviet Union by an oil-hungry Nazi Germany with the Anglo-American assault on oil-rich Iraq in 2003. He remained a member of the Communist Party of Great Britain until its break-up in 1991. 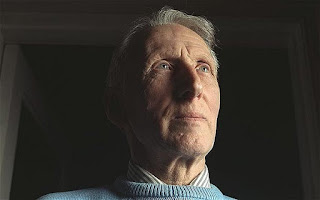 He delivered a powerful lecture to the Stalin Society in London, in 2004, which sadly was not filmed, but shortly afterwards Harpal Brar, now chairman of the CPGB-ML, conducted this interview with Henry at his home in Godalming.

This interview remains as moving, compelling and relevant as the day it was conducted.

For it helps us to understand German (Nazi) Imperialism.

Not merely as something exceptional, uniquely evil, incomprehensible and never to be repeated; but as the standard behaviour of imperialism.

That is of expansionist monopoly capitalism.

What conclusions does he draw from his long, full active and historically rich life?

He tells us that there can be no peace, while capitalism still exists.

We must overthrow it, or perish. 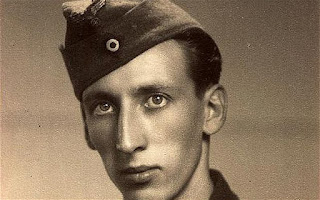 On Battle of Stalingrad


What is National Socialism ?