Domenico Losurdo on Stalin a Review by Roland Boer 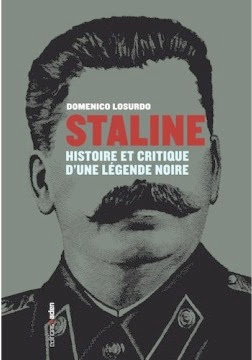 War and Revolution - Rethinking the 20th Century published in English in 2015 by Verso Press.

Losurdo criticizes the concept of totalitarianism, especially in the works of Hannah Arendt.

He argues that totalitarianism is a polysemic concept with origins in Christian theology, and that applying it to the political sphere requires an operation of abstract schematism which makes use of isolated elements of historical reality to place fascist regimes and the USSR in the dock together, serving the anti-communism of Cold War-era intellectuals rather than reflecting intellectual research.

Losurdo asserts that the origins of fascism and national socialism are to be found in what he views as colonialist and imperialist policies of the West.

He examines the intellectual and political positions of intellectuals on modernity. In his view, Kant and Hegel were the greatest thinkers of modernity, while Nietzsche was its greatest critic.

We feel Domenico Losurdo is a very competent philosopher and historian but very weak on political economy hence his analysis of contemporary China is apologetic and pragmatic and Dengist and he has not understood or appreciated the revolution in thought brought about by the revolutionary practice and theory of Marxism Leninism Maoism which in our view incorporates the revolutionary Gramsci and his war of position in the West. 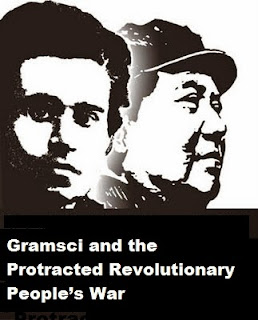 Our Democracy and Class Struggle position on China and political economy was published in 2012 as Marxism Against Market Socialism.

Furthermore for someone like Domenico Losurdo who has seriously  studied Liberalism and Neo Liberalism he has failed to see its pernicious influence in China Today both as economics and Dengist ideology.

However our frank criticism of his revisionist political economy is also tempered by an appreciation of his philosophical and historical studies which are insightful.

Since I am most comfortable with French, I set out to read the 500+ page book – as bed-time reading.

But first, let me set the context for Losurdo’s philosophical project, which has been admirably outlined in a translation of a piece by Stefano Azzará.[2] This project has a few main features.

First, he has developed a systematic criticism of liberalism’s bloody, particularist, racist and supremacist origins.[3] In this ‘counter-history’, he argues that bourgeois democracy is by no means a natural outcome of liberalism, but rather the result of a continued struggle of the excluded from the limited realm of liberalism.

Further, and as part of his wider project, he has also explored the dialectical tension between universal claims and the limited particularisms from which they arise. In this light, he has explored the tensions and qualitative leaps in the German tradition of idealist philosophy, with a particular focus on Kant and Hegel.

Third, he applies this criticism to the Marxist tradition, which ran into significant trouble through its wildly universalist and utopian claims and the unexpected limitations that emerged during the constructions of socialism after the revolution.

Although he draws on Gramsci to argue for Marxism as a patient and pragmatic project in which everything will not be achieved in rush, he tellingly sees the example of China as an excellent example of what he means. Putting aside any pre-established blueprints for socialism, or indeed the ‘utopia-state of exception spiral’, it realises the gradual nature of project.

Not afraid to face the power of capitalism, as well as its many problems, it simultaneously – in a massive and sustained ‘New Economic Project’ that defies all orthodoxies – proceeds to construct a socialist constitutional state that is working towards a socialist market for the production and redistribution of wealth. Here is, then, Italy’s leading philosopher in the Marxist tradition vouching for a China that may well reconfigure and refound the Marxist tradition.

By now, Losurdo’s controversial and provoking theses should begin to be a little clearer. The Stalin book is yet another instance of his ability to take on unexpected and supposedly ‘dangerous’ topics and thoroughly recast one’s understanding. Is not Stalin, after all, the epitome of the paranoid dictator ruling by his personal whim and destroying millions of lives in the process? Is he not the mirror-image of Hitler and thereby a travesty of the Marxist tradition, as so many Marxists would have us believe? For Losurdo, this is an extraordinary caricature, so he sets out to explore how and why it developed and then to demolish it. This entails a complete reset of the mindset that unthinkingly condemns Stalin before any sustained analysis.

The book has eight chapters that are simultaneously philosophical and historical. Given the fact that it is not available in English, I outline the arguments of each chapter.

Introduction: The Turning Point in the History of Stalin.

The economic blockade of China was specifically designed to leave China – already with a destroyed economy from the Japanese invasion and a long revolutionary civil war – far behind economically. The cost was in millions of lives from starvation. Not without satisfaction does Losurdo note that China is overcoming the strenuous effects of the United States and its allies. In the end, however, the main purpose of this chapter is to focus on a favoured theme: the continued bloodthirstiness of ‘Western liberal’ powers.

What are we to make of Losurdo’s argument?

I was less taken with his efforts to show how close Nazism is to Western liberalism. This is a theme he has developed elsewhere, and while the points are often well made, they at times tended to dominate his argument. To counter a false image of Stalin by pointing out that the accusers were really the guilty ones is not always the best move to make.

However, Losurdo does offer some real strengths in his work, relating to Stalin at war (although others have already this argument for Stalin’s vital role), the reality of plots and threats to the government (in relation to purges and the Red Terror), the rebuilding of a strong state, Stalin’s consistent opposition to anti-semitism, and the ridiculousness of the image of Stalin of as a paranoid dictator ruling by means of his capricious bloodlust.

The complex task of unpicking the contradictions and fabrications of the ‘black legend’ is very well done, particularly via close analysis of Trotsky, Khrushchev, Arendt and Robert Conquest’s dreadful works. And I found his analysis of the dangers of an ideal, romanticised and universal communism very insightful.

However, I would have liked to see a more sustained analysis of the veneration of Stalin, apart from showing a longer history of such veneration in Russian history (Kerensky is offered as one of the more extreme examples of self-propelled adulation).

Here the veneration of Lenin was more important, since Lenin’s heritage was the focus of struggles between Stalin and his opponents. I missed an examination of the social and economic role of such veneration, particularly in relation to economic and extra-economic compulsion.

Further, while I would have liked to see more of an exploration of Stalin’s faults along with his virtues, this is perhaps not the place for such an analysis. Instead, Losurdo’s brave book has another task: to counter a strong and long tradition of the diabolisation of Stalin on the Left.

Perhaps a careful analysis of Stalin’s real (and not mythical) faults and virtues is a task for the future.