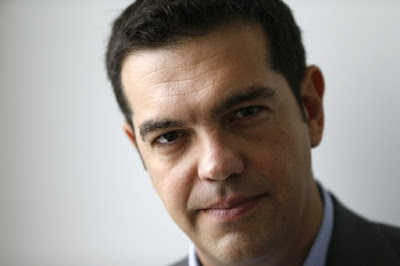 The historic speech of Alexis Tsipras

For six months now the Greek government has been waging a battle in conditions of unprecedented economic suffocation to implement the mandate you gave us on January 25.

The mandate we were negotiating with our partners was to end the austerity and to allow prosperity and social justice to return to our country.

It was a mandate for a sustainable agreement that would respects both democracy and common European rules and lead to the final exit from the crisis.

Throughout this period of negotiations, we were asked to implement the agreements concluded by the previous governments with the Memoranda, although they categorically condemned by the Greek people in the recent elections.

However, not for a moment did we think of surrendering, that is to betray your trust.

After five months of hard bargaining, our partners, unfortunately, issued at the Eurogroup the day before yesterday an ultimatum to Greek democracy and to the Greek people.

An ultimatum that is contrary to the founding principles and values of Europe, the values of our common European project.

They asked the Greek government to accept a proposal that accumulates a new unsustainable burden on the Greek people and undermines the recovery of the Greek economy and society, a proposal that not only perpetuates the state of uncertainty but accentuates even more the social inequalities.

The proposal of institutions includes: measures leading to further deregulation of the labor market, pension cuts, further reductions in public sector wages and an increase in VAT on food, dining and tourism, while eliminating tax breaks for the Greek islands.

These proposals directly violate the European social and fundamental rights: they show that concerning work, equality and dignity, the aim of some of the partners and institutions is not a viable and beneficial agreement for all parties but the humiliation the entire Greek people.

These proposals mainly highlight the insistence of the IMF in the harsh and punitive austerity and make more timely than ever the need for the leading European powers to seize the opportunity and take initiatives which will finally bring to a definitive end the Greek sovereign debt crisis, a crisis affecting other European countries and threatening the very future of European integration.
Fellow Greeks,

Right now weighs on our shoulders the historic responsibility towards the struggles and sacrifices of the Greek people for the consolidation of democracy and national sovereignty. Our responsibility for the future of our country.

And this responsibility requires us to answer the ultimatum on the basis of the sovereign will of the Greek people.

A short while ago at the Cabinet meeting I suggested the organization of a referendum, so that the Greek people are able to decide in a sovereign way.

The suggestion was unanimously accepted.

I have already informed about my decision the President of France and the Chancellor of Germany, the President of the ECB, and tomorrow my letter will formally ask the EU leaders and institutions to extend for a few days the current program in order for the Greek people to decide, free from any pressure and blackmail, as required by the Constitution of our country and the democratic tradition of Europe.

To the blackmailing of the ultimatum that asks us to accept a severe and degrading austerity without end and without any prospect for a social and economic recovery, I ask you to respond in a sovereign and proud way, as the history of the Greek people commands.

To authoritarianism and harsh austerity, we will respond with democracy, calmly and decisively.
Greece, the birthplace of democracy will send a resounding democratic response to Europe and the world.

I am personally committed to respect the outcome of your democratic choice, whatever that is.
And I'm absolutely confident that your choice will honor the history of our country and send a message of dignity to the world.

In these critical moments, we all have to remember that Europe is the common home of peoples. That in Europe there are no owners and guests.

I invite you all to display national unity and calm in order to take the right decisions.
For us, for future generations, for the history of the Greeks.

For the sovereignty and dignity of our people.

Some Comments from Paul Mason Channel 4 Television on Greek Referendum

Democracy and Class Struggle says the time must now be seized to promote plan B and default and exit the Eurozone and start the process of rebuilding the Greek Economy.

A Europe of Peoples will outlast the capitalist neo liberal European Union which has ceased to be even a bourgeois representative democracy.

Direct democracy for the Peoples of Europe is the only way to finish off the undemocratic neo liberal European Union and start rebuilding a People's Europe.

Tsipras has not ceased being a reformist but a political space has opened up for revolutionary politics both within and without Syriza - comrades in Greece must seize the time and change politics in Greece and Europe forever  - we cannot fail this time as the final decision as Paul Mason says will be made on the Greek Streets.

Forward to the National and Social Liberation of Greece. 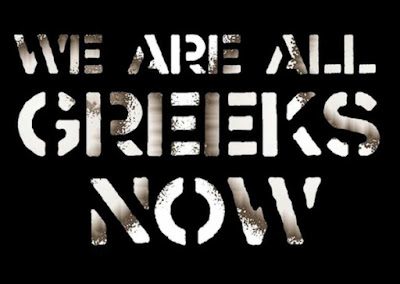