Democracy and Class Struggle says the European and Greek Left must stop demonising the nation state and reject the cosmopolitan ideology of globalist neo liberals who run the European Union.

Greece must default and leave the Eurozone and begin the long march back to National and Social Liberation for its people and the deadly enemy of the European Union must NEVER be taken for a friend. 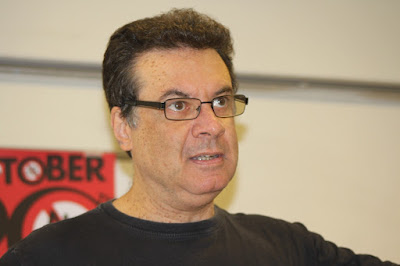 Tariq Ali should be in the house of Lords. A very plummy accent for a proletarian!