Construction Committee of the Maoist Communist Party of Galicia - What it is and what are its aims ? 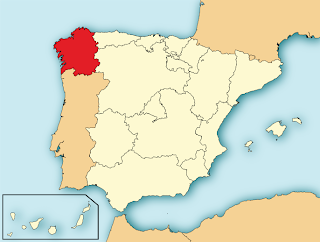 CONSTRUCTION COMMITTEE OF THE
MAOIST COMMUNIST PARTY OF GALICIA:
WHAT IS IT AND WHAT ARE ITS AIMS?

This document covers in short our stands and objectives. We are conscious about the reductionist risk it implies, but in so far as the work of the Construction Committee develops, specific documents will expand and tackle in depth the topics raised.

The current situation started with the destruction of an important number of the Communist Parties (founded in the heat of the Third Communist International, promoted by Lenin and the Bolsheviks) by the contemporary, liquidating and dogmatic revisionism, which was born in their bosom, as another demonstration of the class struggle within the party of the proletariat.

The capitalist restoration in the USSR in the late 50s and in the People´s Republic of China, with the counter-revolutionary coup d’état in 1976, or the liquidation of other M-L parties, led to the collapse of the ICM, not being able to come out until the formation of the Revolutionary Internationalist Movement in 1984 and with the new proletarian organizations having rejected and crushed the attacks of both contemporary revisionism and the Albanian dogmato-revisionism against Mao Tse-tung an its legacy. As a result of the arduous debates promoted significantly by the Communist Party of Peru, who has been developing Protracted People´s War since 1980, RIM advanced from its initial definition of M-L Mao Tse-tung Thought up to the definition of Maoism as the third and higher stage of Marxism. Loyal follower of Leninism, Maoism is able to provide strong responses to the contradictions raised as a result of the revisionist restorations, to the two line struggle within the Party or the solution to the question of Power through people´s war, which is the war of the masses against the internal or external oppressors.

The Great Proletarian Cultural Revolution led personally by Chairman Mao and his closest comrades indicated the path of tirelessly struggle against the bourgeoisie ideas deep-rooted in the socialist society and in the Party itself.

The formation of RIM was a major milestone of the revolutionary proletarian vanguard and so we value, although at present its activity is paralyzed due to the deep errors of CoRIM and the treason to revolution by the Prachanda/Bhattarai clique in Nepal.

Study the documents of RIM and understand its strategic importance in the formation of a new international of new type, which groups the communist organizations, is essential in order to take a stand in the face of the groupings which today the old and new revisionists advocate under the flags of eclecticism and false anti-imperialism.

The Communist Party of Spain, founded in 1922, having a great and decisive activity in the First Revolutionary Civil War of 1936-1939 and the following guerrilla struggle against the fascist dictatorship of Franco, became revisionist, liquidator and centralist due to right-wing opportunistic errors. The Carrillo/Ibárruri clique leadership and its political line of “National Reconciliation” carried out a policy of treason against the heroic struggle of the proletariat and progressive sectors of the Spanish State, paving the way to the restoration of the Borbonic monarchy after the death of the dictator.

Revisionism of the Carrillo/Ibárruri clique generated numerous breakings with it, but with an incorrect analysis of the reasons that gave rise to it or the specific conditions of revolution (including the appearance of mimetic copies of “Maoism” completely alien to it).

Organizations such as PCE (m-l), FRAP, PTE, ORT, MCE, OMLE and others widely established in the whole of the Spanish State, gathered - in an unequal although heroic way- communist sectors willing to develop revolutionary struggle. The incomplete break with revisionism led to the gradual liquidation of these, lost in the electoral swamp.

Other organizations, like PCE (r)-GRAPO, continued an armed struggle –amongst ideological lurches- separated from the masses and incapable of transforming reality.

In Galicia, it is not until 1964 that a patriotic communist organization is formally created, the Unión do Pobo Galego, which starting initially from M-L stands it evolved into petty-bourgeoisie nationalism, integrating into the bourgeoisie democracy and system, and giving rise to successive “left” wing splits that - although need a specific study- we consider them within the revisionist or opportunistic camp, incapable of giving responses to the problems of revolution in Galicia.

In the face of the wrong analysis essentially supported by petty-bourgeoisie nationalism on the hypothetical neo-colonial character of Galicia an its revolution, as a four class movement or national liberation, we state the primacy of the contradiction between the proletariat and bourgeoisie, which can only been resolved in the framework of Socialist Revolution, linked to the liberation of our people and the establishment of a Socialist Republic of Galicia. The driving force of revolution is the proletariat in alliance with the peasantry and semi-proletariat (a wide sector in the present society).

BUILD A PARTY FOR REVOLUTION IN GALICIA

Following the example of other Maoist detachments at present and the experiences of the Third International, with the formation of the PSUC [in Catalonia] in 1936, as communists in Galicia, nationality without state within the framework of the Spanish State, we consider it necessary building a party of new type, a Maoist Communist Party that works wholeheartedly for Socialist Revolution in Galicia. A party which has to fulfill with the requisites of a combat structure against bourgeoisie oppression and connects itself on an equal footing with the other communist parties, either in the Iberian Peninsula, Europe or the world, because our objective, of the men and women that are part of the CC of the MCP of Galicia, is to make revolution in it as part of World Proletarian Revolution.

In the current stage of our work plan, the elaboration of an ideological, political and organizational party unity base will occupy the first place. This does not keep us away from the masses, but on the contrary as we will find in it not only its best sons and daughters but also on practicing mass line we will learn from them and their needs.

The proletarian ideology developed by Marx, Engels, Lenin, Stalin and Mao Tse-tung. Applying it in a specific and creative way to the specific conditions of Socialist Revolution in Galicia.

Besides, our Construction Committee assumes Maoism as the greatest development of contemporary Marxism-Leninism, its third and higher stage and will actively work, together with the other international detachments, to become command and guide of World Proletarian Revolution.

The C.C. of the MCP – Galicia will develop a political line oriented to the concentric construction of the three necessary elements for revolution: Party, United Front and People´s Army. Developing specific activity and working plans in the respective elements depending on the diverse development stages of them.

Organizationally, the CC of the MCP – Galicia will proceed according to the stages of its development, adopting secretive work as the main, in order to ensure the most of its organization from the strokes of bourgeoisie repression. To this end, specific documents will be elaborated which all the comrades will have to comply with. We stress that this will not prevent the Party (under construction) to be in permanent contact with the masses, its organizations and its struggles.

I welcome the statement from Galician Comrades especially :

The Comardes of the Great Unrest Group in Wales are relentlessly attacking the bougeois nationalist leadership of Plaid Cymru and exposing their class collaboration with the British State.

We uphold self determination for the people of Wales and are developing a land and Liberty Struggle.