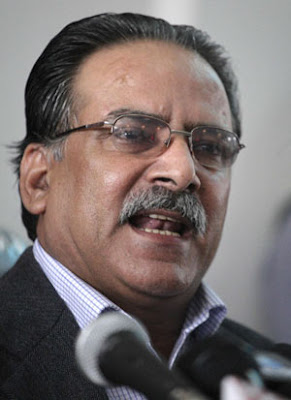 Hours before his party's central committee meeting began in the capital Friday, Prime Minister Prachanda said there is still threat to national sovereignty and unity.

Prachanda added that these elements are taking advantage of the country's transitional phase and political instability.

He called on all sides to take this opportunity to strengthen nationality as the country transforms from one political system to another - monarchy to republic. He stressed that consensus among all stakeholders would be crucial in drafting new constitution, and admitted that to complete this task would be a litmus test for this party.

PM Prachanda also assured that the commitments made earlier would be incorporated in the new constitution and his party is conscious towards addressing the demands raised by different sections including indigenous groups.

On the occasion, he promised that government would formulate necessary laws for implementation of the ILO convention (169) on rights of indigenous people, which has already been ratified by the country
Posted by nickglais on 10/03/2008 05:41:00 AM