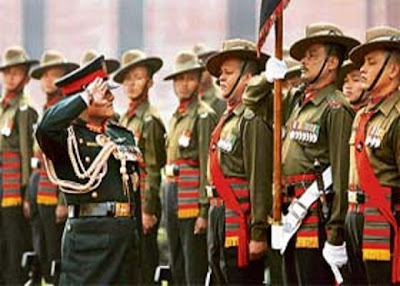 The chief of the Nepal Army (NA) General Rookmangud Katawal has said that the political parties have already reached agreement on army integration.

"The parties have already reached agreement. Debates and discussions are a part of democratic exercise," he told reporters when asked about his comment on the army integration.

As per the peace pact and other understandings among the parties, the army integration will be carried out through a special cabinet committee, which has not yet been formed.

Different party leaders have differently interpreted the understandings. Parties other than the Maoists have ruled out the "wholesale" integration of Maoist combatants into the national army.

They have said that only those combatants meeting the army standards should be integrated into NA.

Meanwhile, General Katawal said that NA will abide by the law formulated by representatives elected by Nepalese people.
Posted by nickglais on 10/15/2008 02:33:00 AM