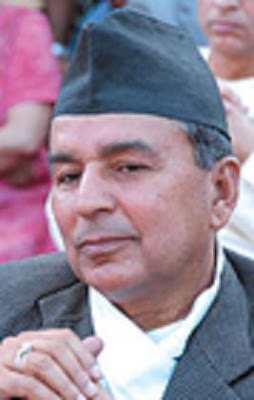 The meeting of the top leaders of the four parties – Maoists, Unified Marxist Leninist (UML), Madhesi Janadhikar Forum (MJF) and Nepali Congress (NC) – failed to reach an agreement on the formation of special committee, which will be authorised to implement the process of army integration.

“They (the Maoists) said they will lead the committee. That is not acceptable to us,” said NC vice president Ram Chandra Poudel.

According to him, the Maoists cannot head the committee as it will be entrusted to carry out the process of integration of army including the Maoists’ People’s Liberation Army (PLA).

“We have asked them to bring new proposal. Let’s see what kind of proposal they bring,” Poudel said.

He said that if the NC’s proposal is rejected, the party will stay out of such committee.

After NC made its position clear, the other three parties who are partners in ruling coalition are set to consult among themselves regarding the NC’s stand.

The meeting had been held at Baluwatar, Wednesday evening, a day ahead of the cabinet meeting scheduled to form the committee.
Posted by nickglais on 10/22/2008 09:16:00 AM