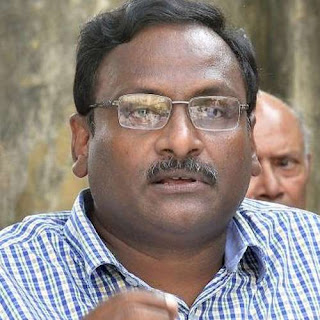 The Committee for Defence & Release of Dr GN Saibaba condemns the arbitrary manner in which the authorities of Ram Lal Anand College are continuing to deny Dr GN Saibaba his right to resume his duties as an Assistant Professor in the College after he has been released on unconditional bail by the Supreme Court of India in April, 2016.

In response to his request to resume duties, Dr GN Saibaba has been given a letter by the Principal stating that his suspension from services would continue till the criminal case against him in Maharashtra is settled. The letter also reiterates the decision to curtail Dr. Saibaba’s entry inside the college till further orders. Worse, the letter declares that “independent disciplinary proceedings are being contemplated under University Act, Ordinance and Rules for your act of unbecoming of a teacher besides other misconducts noticed now”.

The above-mentioned decisions of the Governing Body were arrived at on the basis of a report submitted by one of its members, Mr Umesh Sharma, who was appointed as a “One Man Enquiry Committee”. In its eagerness to “punish” and victimise Dr Saibaba, the College authorities have violated all procedural norms: (a) The Equiry Committee was set up without any terms of reference; (b) a one-member committee constituted of a member of the Governing Body is in violation of University Ordinances; and (c) the very appointment of membership of Mr Umesh Sharma in the Governing Body of the College was in violation of the University rules as he was simultaneously serving on the Governing Body of four colleges. It should be noted that Mr Sharma has subsequently been asked to step down from the Governing Body, but only after his recommendation that Dr Saibaba’s suspension was approved by the truncated Body, which had no representatives from among the teachers of the College.

The fact that the report of the one member committee has still not been made available to Dr Saibaba shows the clandestine and malafide manner in which the College authorities are acting. It should be noted that the decision to conduct disciplinary action against Dr. Saibaba is seriously prejudicial to his defence in his criminal case, which is currently sub judice. Once Dr Saibaba is released on bail and is fit to perform his duties, it is only a matter of routine procedure that he be allowed to join duty as his suspension was predicated on the false FIR (Crime Case No. 13/2014) registered against him in Maharashtra, and has no connection whatsoever with his position as a teacher of Ram Lal Anand College.

The Defence Committee demands that the Governing Body of Ram Lal Anand College should immediately to retract the blatanly illegal decisions made by them and reinstate Dr GN Saibaba in his teaching position as per the Central Government Employees Rules and various judgements of the Supreme Court. We appeal to the University Vice Chancellor to immediately intervene and ensure that justice is meted out to Dr GN Saibaba.