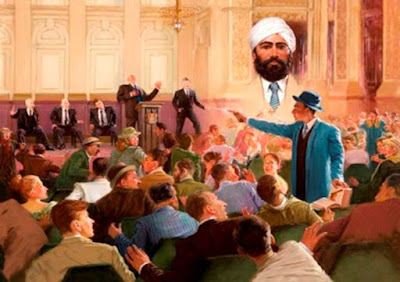 The assassination has been described as an avenging of the Jallianwala Bagh massacre in Amritsar in 1919.[1] Singh is a prominent figure of the Indian independence struggle. He is sometimes referred to as Shaheed-i-Azam Sardar Udham Singh (the expression "Shaheed-i-Azam,"  means "the great martyr").

A district (Udham Singh Nagar) of Uttarakhand was named after him in October 1995 by Mayawati government.[2]

NOT FORGETTING THE STRUGGLE TODAY - MODI MESSAGE FOR YOU