He was resolutely determined not to sell the secrets of the Central Team of the C.P.I.(M.L.)

He was kidnapped by the Khalistanis from his village in Ludhiana district.

With the resilience of a comrade reverberating the spirit of Marx.Lenin,Slain or Mao Nidhan did not yield to the enemy.

He possessed mastery of Marxist polemics and defended Marxism-Leninism-Mao thought with the sharpness of a sword and resilience of a boulder.withstanding a gale storm.

He joined the Communist movement from 1956 and at every juncture thwarted the forces of revisionism and the bourgeoisie.

He played a great role in organizing the peasantry applying maoist polemics,playing a major role in forming the kisan sangharsh committee.

He reverberated the very spirit of soldiers in Vietnam and Stalingrad.The organization he was part of the Central Team of the C.P.I.(M.L.) had played a major role in defending the correct marxist Leninist line against khalistani and state terrorism and often infiltrated the secrets and moves of the Khalistani fascist enemies.

On an all-India level it defended the armed movements in Bihar and Andhra Pradesh and refuted all groups in the revolutionary camp that took to parliamentary course.

The work of Nidhan Singh played a significant role in the building of agricultural workers organization .

On several occasions in his life he was arrested. 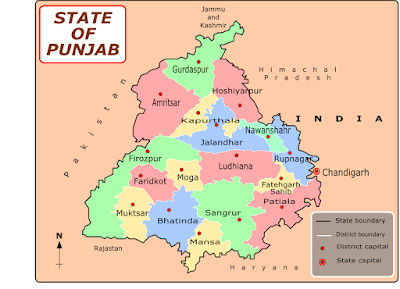 In spite of being advanced he posessed phenomenal depths of energy and at the time of his death was presidents of Kisan sangharsh commitee,Ropar.comrade Nidhan blended the courage of a soldier with the skill of a technician and the heart of a poet.

His commemoration meeting was simply unforgettable,like a meeting held in memory of a martyr in the Chinese Revolution earlier or in Peruvian Sendero Luminoso at that time .

Significantly just 2 weeks previously before 2000 people he adressed a rally in memory of martyr Tarsem Bawa,early martyr of Naxalite movement. in Bawa village.

Around 5000 people gathered at Nidhan's commemoration meeting in village Gudhani Kalan in Ludhiana ,reminiscent of a huge red light shimmering.

Their hearts were burning with the rage of a bonfire.Several mass leaders of mass organizations adressed the meeting.like Amolak Singh of Surkh Rekha, and Jaspal Jassi of Inquilabi Jantak leeh.

The speakers reached at the root of the fascist nature of the khalistani movement and their anti-people deeds.

They pledged that such martyrdoms would only intensify the raging spirit within the masses and sharpen the tentacles of the revolutionary movement.

The way the people thronged to the meeting and responded they could put the khalistani movement to it's knees.Nidhan Singh Gudhan's death was avenged a few days after his martyrdom.2 secret armed organizations ,the 'Kartar Singh Sarabha brigade' and the 'Red Guards' killed the person involved in Nidhan's execution.

This was a significant action and displayed the importance of avenging killing of comrades.

Today in India when the Hindu communal fascist R.S.S. or Sangh Parivar forces are waging a war against secular forces and lighting the saffron colour we need comrades to combat it with the sharpness and courage of Comrade Nidhan Singh.Marxist Leninist-Maoist polemics have to be applied and Hindutva fascism must be fought at it's very roots.

Comrade Nidhan did not waver towards the revisionist left compromising with state terror nor to those who soft-pedalled with khalistani forces.Displaying such resolute and death -defying determination and political defiance would prevent Hindu fascism from consolidating it's position.

Today the movement of landless peasants or dalit workers in Sangrur and of the landed peasantry of BKU Ugrahan in Bathinda reverberate the very light of Nidhan Singh Gudhnan's life.It is only such crusaders against revisionism of al kinds who lay the base for peoples liberation or revolutionary movements

I wish comrades read the documents or writings of the Central Team C.P.I.(M.L.) in journal 'Liberation ', which Nidhan Singh was part of .They tooth and nail thwarted revisionism , fought all rightist deviations, defended massline and upheld revolutionary armed struggle as the main form of struggle being critical of all groups deferring it.

Few comrades in Punjab have defended mass line as much as Nidhan Singh.

Nidhan Singh's son Nazar Singh Boparai was the publisher of the Surkh Rekha journal ,which played a greater role than any mass paper in Punjab's revolutionary movement.

No paper was so popular in the revolutionary camp in the khalistani period.

Sadly today Nazar Singh turned against the line Surkh Rekha adopted after merging with the Inquilabi Jantak leeh journal in1992 3 and split the magaziner,occusing it of adopting class-colaborationist line.

Thus now there is Surkh Rekha and Surkh Leeh.

Today Nidhan Singh would have been proud of the armed movement and martyrs laying down their lives in Dandakarnaya as well as the secular peasant resurgence in Punjab.His name will be written in golden letters throughout the annals of the revolutionary movement carving a permanent niche.
Posted by nickglais on 7/13/2016 01:05:00 AM