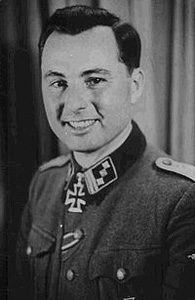 Democracy and Class Struggle is continuing our investigation of Fascism by looking at some other unsuccessful  Fascisms in the inter war years utilising the studies of Robert Paxton a retired bourgeois academic.

We welcome any contributions on this article critical or otherwise.


Outside Italy and Germany, only a rather limited number of nations offered conditions that enabled fascism to win large electoral support,along with eager conservative coalition partners.

Next after Germany in order of electoral success came the Arrow Cross Party–Hungarist Movement of Ferenc Szálasy, which won about 750,000 votes out of 2 million in the Hungarian elections of May 1939.

The government, however, was already firmly in the hands of the conservative military dictatorship of Admiral Horthy, who had both no intention of sharing power and no need to do so.

The other important vote winner in eastern Europe was the Legion of the Archangel Michael in Romania, which, running under the label “All for the Fatherland,” was the third largest party in the general election of 1937, with 15.38 percent of the vote, and 66 seats out of 390 in the legislature.

In 1935 he embarked on a campaign to persuade Belgian voters that the traditional parties (including the Catholic Party) were mired in corruption and routine at a moment that demanded dramatic action and vigorous leadership.

In the national parliamentary elections of May 1936 the Rexists campaigned with a simple but eloquent symbol: a broom.

A vote for Rex would sweep the old parties away. They also called for unity. The old parties divided Belgium, for they gathered voters on confessional or ethnic or class lines.

Rex promised—as all effective fascist movements did—to gather citizens of all classes in a unifying “rassemblement” rather than a divisive “party.”

These appeals struck home in a country plagued by ethnic and linguistic division aggravated by economic depression. The Rexists won 11.5 percent of the popular vote in May 1936 and 21 out of 202 seats in the legislature. Degrelle was not able to hold on to his mushroom vote, however.
The conservative establishment united against him, and Church leaders disavowed him.

When Degrelle ran in a by-election in Brussels in April 1937, the entire political class from communists to Catholics united behind a popular young opponent, the future prime minister Paul Van Zeeland, and Degrelle lost his own parliamentary seat.

Degrelle’s rapid rise and equally rapid decline reveals how hard it is for a fascist leader to keep the bubble intact after managing to assemble a heterogeneous protest vote. Rapid flows of the vote into a new catch-all party could be a two-way current. The feverish swelling of the party could be followed by an equally rapid collapse if it did not establish itself as capable of representing some important interests and gratifying ambitious career politicians.

One big vote was not enough to root a fascist party.

The Dutch Nationaal Socialistische Beweging (NSB) won 7.94 percent of the votes in the national election of 1935, but declined rapidly thereafter.

Vidkun Quisling’s Nasjonal Samling received only 2.2 percent of the Norwegian vote in 1933 and 1.8 percent in 1936, though in the port of Stavanger and in two rural localities the vote was as high as 12 percent.

Sir Oswald Mosley’s British Union of Fascists was one of the most interesting failures, not least because Mosley probably had the greatest intellectual gifts and the strongest social connections of all the fascist chiefs.

As a promising junior minister in the Labour government of 1929,he put forward a bold plan in early 1930 to combat the Depression by making the empire a closed economic zone and by spending (into deficit,if need be) for job-creating public works and consumer credit.

When the leaders of the Labour Party rebuffed these unorthodox proposals, Mosley resigned and formed his own New Party in 1931, taking a few left-wing Labour MPs with him.

The New Party won no seats, however, in the parliamentary election of October 1931.

A visit to Mussolini persuaded the frustrated Mosley that fascism was the wave of the future, and his own personal way forward.

At the end of 1934, Mosley took an actively anti-Semitic tack and sent his Blackshirts to swagger through London’s East End, where they fought with Jews and Communists, building a new clientele among unskilled workers and struggling shopkeepers there.

The Public Order Act, passed soon after the “Battle of Cable Street” with antifascists on October 4, 1936, outlawed political uniforms and deprived the BUF of its public spectacles, but it grew again to about twenty thousand with a campaign against war in 1939.

Mosley’s black shirts, violence, and overt sympathy for Mussolini and Hitler (he was married to Diana Mitford in Hitler’s presence at Munich in 1936) seemed alien to most people in Britain, and gradual economic revival after 1931 under the broadly accepted National Government, a coalition dominated by conservatives, left him little political space.

Some of the European imitators of fascism in the 1930s were little more than shadow movements, like Colonel O’Duffy’s Blueshirts in Ireland, though the poet W. B. Yeats agreed to write his anthem and he sent three hundred volunteers to help Franco in Spain. Most of these feeble imitations showed that it was not enough to don a colored shirt, march about, and beat up some local minority to conjure up the success of a Hitler or a Mussolini.

It took a comparable crisis, a comparable opening of political space, comparable skill at alliance building, and comparable cooperation from existing elites. These imitations never got beyond the founding stage, and so underwent none of the transformations of the successful movements. They remained “pure”—and insignificant