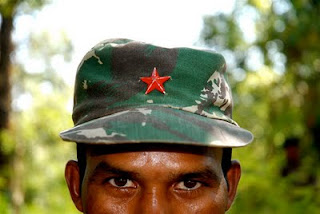 The outlawed Communist Party of India (Maoist) has said that “goons and anti-social elements” are creating havoc in the Bastar region of Chhattisgarh in the name of anti-Maoist operations.

A recent press statement issued by Mohan, the new secretary of south Bastar divisional committee of the CPI (Maoist), also claimed that the recent attacks on human rights activists and journalists in Bastar were orchestrated at the behest of right-wing groups.

“The atrocities on Bastar tribals are at their peak due to the BJP government’s policy to loot minerals and land of Bastar tribals. It is all a part of a bigger conspiracy to render the indigenous Tribals landless. Tribal women are being gang-raped. There is no such thing as administration in Sukma, Dantewada and Bijapur district of Bastar,” said the statement said from Mohan, who has reportedly replaced senior leader Ganesh Uike as the secretary of South Bastar divisional committee of the Maoists.

“Innocent civilians are being killed and branded as Maoists and propaganda is being carried out in the media. Villagers from interior areas are being threatened with arrests and being made to surrender as Maoists,” he added.

The Maoist leader also claimed that the police killed an eight-year-old child in Hurra village of Bastar on February 19. While appealing to the people of Bastar to condemn the attacks on human right activists and journalists, the Maoist leader asked the government to dissolve the District Reserve Guard (DRG), a recently formed special anti-Maoist unit of Bastar police, consisting largely of local tribal youth but including some former dreaded Maoist leaders.
Posted by nickglais on 3/04/2016 10:21:00 AM