North Korea says it would stop its nuclear tests if the United States signed a peace treaty with Pyongyang and stopped its joint annual military maneuvers with South Korea. 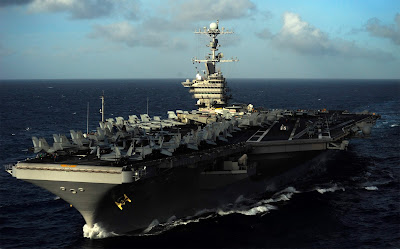 North Korea says it would stop its nuclear tests if the United States signed a peace treaty with Pyongyang and stopped its joint annual military maneuvers with South Korea.

“Still valid are all proposals for preserving peace and stability on the [Korean] Peninsula and in Northeast Asia, including the ones for ceasing our nuclear test and the conclusion of a peace treaty in return for US halt to joint military exercises,” the spokesman said.

In response to a question concerning Pyongyang’s call for a peace treaty, the US State Department said recently it remained open to dialogue. The onus, it said, was on North Korea to take “meaningful actions toward denuclearization.”

The two Koreas remain technically at war as the 1950-53 Korean War ended in an armistice, not a peace agreement.

North Korea is irked by the joint military maneuvers conducted by Seoul and Washington and views them as direct threats against its security. The United States has some 28,500 troops in South Korea.

Asked whether Washington would consider a halt to its joint exercises with South Korea,

Elsewhere in his comments, the North Korean official described the recent hydrogen bomb test by Pyongyang as a justifiable move to ensure its survival against external threats.

“In response to the US continuously invading our sovereignty and making threatening provocations, we will acquire ourselves with all possible nuclear attack and nuclear retaliation abilities, but will not thoughtlessly use our nuclear weapons,” he said.

On January 6, North Korea said it had successfully conducted its first hydrogen bomb test. The country also pledged to continue developing its nuclear program as a means of “deterrence” against potential acts of aggression from the US.

Pyongyang is under UN sanctions over launching missiles considered by the US and South Korea as ballistic and aimed at delivering nuclear warheads, Press TV reported.