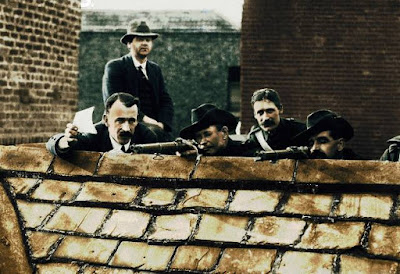 What have we learnt with passage of a 100 years since the Easter Rising how far have we come ?

Well we start by reminding readers how the British Left  behaved during the Easter Uprising in Ireland in 1916.

Arthur Henderson of the Labour Party was a government minister and party to the brutal repression of the 1916 Rising - not much change from the Labour party in the last 100 years here.

What about the Left wing Independent Labour party

"We do not approve of the Sinn Fein rebellion," announced the ILP's Socialist Review in September 1916.

"We do not approve of armed rebellion or any other form of militarism and war".

Leading ILP anti-war figures such as Ramsey MacDonald, at that time well to the left of the Labour Party leadership, were among those 'on the left' to vigourously condemn the rebellion

The Plebs, the journal of the movement for independent working-class education in Britain took a similar view:

"The tragedy of the revolt from a socialist point of view is that that 'romantic nationalism' was largely the inspiration of it; and that Connolly - the industrial unionist, the sane writer and thinker - should have been goaded by circumstances into sharing it".

Similar voices today echo opposition to Welsh and Scottish Independence on the Left. No learning from the past by the British Left here.

Then what did a real socialist revolutionary like Lenin have to say about 1916.

Lenin clarified thhe question for those socialists who sought to counterpose the fight for "pure socialism" to the national struggle and who had contempt for national independence and sovereignty Lenin said :

" To imagine that a social revolution is conceivable without the revolts of small nations in the colonies and in Europe, without the revolutionary outbursts of a section of the petty bourgeoisie with all its prejudices, without the movement of non class conscious proletarian and semi proletarian masses against the oppression of landlords ,the church, the monarchy,foreign nations etc.

The British Left in 2016 has not made much ideological progress in the last 100 years and substitutes supranationalism and the ideology of cosmopolitanism for the proletarian inter - nationalism and mutual respect for nationalities. This can be clearly seen in support for European Union supra - nationalism.

The rise of the nationalist right in Europe and the World is a direct consequence of the Left abandoning the national question and opening the door to Fascism.

"We are not for national nihilism or bourgeois nationalism"

said the great Bulgarian anti fascist Georgi Dimitrov in 1935 and the more we understand Dimitrov's comment the more we will re build the revolutionary Left and sweep the right and fascists out of national politics. 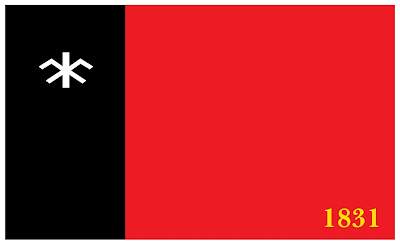