What Maoists Say–”Orissa: Imperialist tourism for ‘tribal entertainment’ in War Zones of Repression and Resistance” 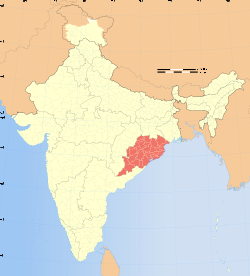 CPI (Maoist)–Odisha State Organizing Committee–Statement, 16 March 2012
The government – both at the Centre and the state (Odisha) – has reduced adivasis into mere exhibition items in attempts to lure domestic and foreign tourists. On one hand, the government while inviting multinational capitalists to plunder natural and mineral resources in the adivasi heartland is trying to repress voices of resistance by unleashing Operation Green Hunt on adivasis and the common mass at gun-point, and on the other, it is intensifying its efforts to turn innocent adivasis into exhibition items. Although the government claims to have amended the so-called laws in February 2012 to put certain checks on tourists visiting adivasi areas, it has turned out to be a blatant lie. In the same breath as the power centres in Delhi and Shahid Nagar are implementing the much-debated industrialization and displacement laws at gun-point, they are sending tourists to adivasi areas to click naked pictures of the adivasis, and turning these areas into tourism-friendly commodities. In Ganjam and Kandhamal, such inhuman activities are going on through unwritten permission by the district SPs in corrupt connivance with the said power centres. The same government that is sending police forces to these areas to ablaze forests, to burn down heaps of dry turmeric leaves, and to destroy people’s properties and lives is sending foreign tourists to click barren hills and bare bodies of adivasis: this is an insult to the people.
Because of all these, we have arrested two Italian tourists (one of them is a tourism trader licensed by the state government):
By doing so, we are exposing the real face of the government bereft any shred of humanism that has taken adivasi areas as some tourism commodity, as though these places are habitats of apes and chimpanzees. We are requesting the common mass to raise voice against turning adivasi areas into tourism commodities. Having arrested these two Italian culprits, we are also releasing two Odia slaves of theirs—Santosh and Kartik.
If the government is serious about freeing these two visitors, central and state governments should as primary condition stop all repression and combing operations in Odisha by 18 March 2012, and come forward to discuss our demands with us. If this is not done, we cannot take this government into confidence; and we will not be responsible for the loss of lives of the two visitors, rather the government that is unleashing terror without heeding to our demands and the state machinery that is running an illegal tourism trade will be.
Our demands
We appeal to the common people to support and rally for these just and democratic demands and force the government to come for dialogues.
SUNIL, Secretary, CPI (Maoists)
Odisha State Organizing Committee
Posted by nickglais on 3/20/2012 03:36:00 PM

Hello comrade, where is this originally coming from?

THIS WAS FIRST POSTED ON REVOLUTIONARY FRONTLINES