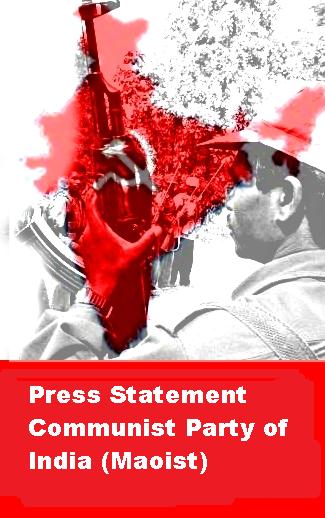 In the last week of February 2012, the police have arrested activists of our Party including some senior cadres from Kolkata and Mumbai. On the specific intelligence inputs provided by the murderous APSIB, joint forces of police and STF of AP, Maharashtra and West Bengal have raided the shelters of our comrades in Kolkata and Mumbai suburbs and arrested at least nine comrades including two women comrades. Comrades Sadanala Ramakrishna, Deepak Kumar Pargania, Sukumar Mandal, Bapi Mudi and Sambhu Charan were arrested from Kolkata while Comrades Dinesh Wankhede, Aasimkumar Bhattacharya, Suman Gawde and Paru Patel were picked up from Thane in Maharashtra. Comrades Sadanala Ramakrishna alias Santosh (62) and Aasimkumar Bhattacharya (65) were the seniors among the arrested. Senior comrade Sadanala Ramakrishna has been working for the revolution for at least four decades. He has been ailing with serious health problems for so many years. A mechanical engineer graduated in prestigious Regional Engineering College (REC) of Warangal from where martyr leaders like Surapaneni Janardhan and Azad were emerged as great revolutionaries of their times, Comrade Ramakrishna sacrificed his bright life for the cause of liberation of the downtrodden.
Both the two women comrades arrested – Vijaya and Suman – have been undergoing medical treatment for some time staying in the shelters outside the struggle zones. Particularly, comrade Vijaya has been suffering from serious heart problems.
The police forces, better known for worst kind of cruelty, have been torturing these comrades mentally and physically in custody. They have foisted several false cases against these comrades so that they could be languished behind the bars forever.
On one hand the ruling classes are asserting that these arrests are a big success for them and on the other hand, they are trying to portray our comrades as dangerous criminals claiming that they have recovered huge amounts of cash and other material that is used for making arms.
These arrests are nothing but a part of Operation Green Hunt (OGH), i.e. the ‘War on People’, which has been underway since 2009. The comprador ruling classes in connivance with their imperialist masters, particularly with the US imperialists, have unleashed this brutal war of suppression in the poorest parts of India so that their neo liberal policies of plunder of resources could get going unhindered. They are particularly targeting the revolutionary leadership and eliminating them. As the Pentagon itself claimed recently, the US Special Forces are not only actively involved, but also assisting their Indian counterparts on the ground in the counter-insurgency operations aimed at eliminating the revolutionary leadership. This fact also shows us that the US has been patronizing in the ongoing OGH making the values such as freedom, independence, and sovereignty of our country a joke. The exploiting rulers of our country are daydreaming that this movement can be suppressed if its leadership is wiped out.
Revolutionary movement cannot be crushed with arrests and murders. The bars of the dungeons can not restrict the revolutionary ideas from spreading among the vast masses.
The CC of CPI (Maoist) strongly condemns these arrests and inhuman torture being inflicted to them. We demand immediate and unconditional release of these comrades, as well as all of the political prisoners languishing in various jails in all corners of our land. We also demand to lift all the false cases foisted against these comrades.
(Abhay)
Spokesperson, Central Committee, CPI (Maoist)
Posted by nickglais on 3/07/2012 02:45:00 PM