The people fight back: Syntagma square flooded with demonstrators once again, after two days of unrecedented police violence in Athens 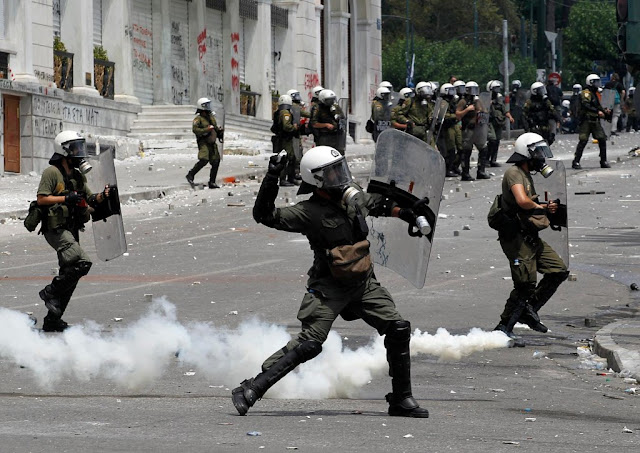 The waves after waves of police violence during the General Strike of June 28-29
deterred no-one. Once again, thousands took to the streets and gathered in Syntagma to protest against the memorandum, the troika, the government but also, this time, the police. The change in the atmosphere was quite stunning, with anti-police slogans chanting through the air. The rage of the previous days was there, but the fear was gone. Tonight’s assembly was one of the largest Syntagma has seen.