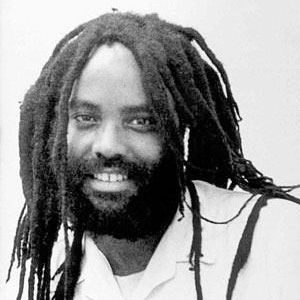 DEMONSTRATE Outside the US EMBASSY

FOR FREEDOM FOR MUMIA

Mumia has been in prison for  30 years for a crime he did not commit.Mumia is innocent .He is a political prisoner.Mumia should be released unconditionally immediately

Ask  for a civil rights investigation into the 28 plus years of violations of Mumia's rights in the court system, and also into the history of surveillance and targeting of Mumia when he was only a teenager

Mumia Abu Jamal, a former Black Panther, investigative journalist and human rights activist was wrongly convicted of killing a police officer. Mumia has been on Death Row for 29 years. Amnesty International said the trial did not meet basic standards of fairness. Mumia is innocent

1. The policeman was killed with a 44 caliber gun. Abu-Jamal's gun which he was licensed to to carry as a night time cab driver was a 38 caliber.

2. Both prosecution and defense witnesses said that the shooter wore an “Afro” haircut and had on a green jacket. Mumia had locks and wore a red jacket

3. All the police radio records at the time of the incident said “the shooter ran away”. Mumia could not run anywhere because he had a bullet in his lung and was bleeding profusely.

5. Key witnesses, such as Veronica Jones -- who now testifies in support of Abu-Jamal, were harassed into giving false testimony. Two prosecution witnesses were given special favours, including exemption from criminal prosecution, for their testimony

6. Someone else has confessed to killing the police officer. This confession is validated by two experts, one of whom is the eminent Dr. Charles Honts.

7. Mumia has been under surveillance by the FBI since he was 15 years old! because he was a member of the Black Panther Party.

8 . When Mumia was 19 years old the state attempted to frame him for the murder of the Governor of Bermuda

Mumia is on trial for his political beliefs as a former Black Panther and a supporter of the Move organisation. The battle for his life and freedom largely resides in our collective capacity to build a massive movement capable of making the political price of Mumia's incarceration and execution too high to pay