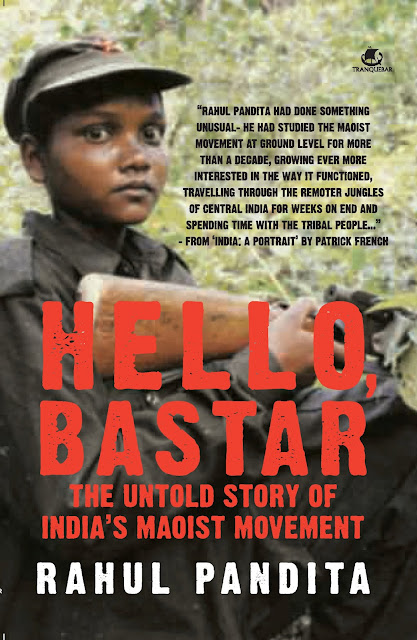 On 5 February this year, in a village in Uttar Pradesh, a 16-year-old Dalit girl was attacked by three uppercaste youth. While she was returning from the fields, they dragged her away in an attempt to rape her. When she resisted and shouted for help, they fled. But before running away they chopped off her ears and part of her hand with an axe and badly injured her face. The inhumanity of this action would be unthinkable in any civilised society.

But here, in India, it is hardly noticed. This is routine. In our highly patriarchal system, a girl’s life is cheap; a poor Dalit girl is less than a chattel in the prevailing upper-caste/upper-class social thinking.

First: the intolerance to any form of Dalit assertion, even if it is an assertion to resist rape.

Second: the impunity with which Dalits can be attacked even in a state ruled by a Dalit leader that comes from the knowledge that the establishment will not touch the culprits.

Third: it brings out the arrogance of the upper-caste youth, a superiority complex instilled since birth.

Rahul Pandita’s Hello, Bastar coincides with the third death anniversary of Anuradha Ghandy. It is an occasion to remember her monumental contribution to the understanding of the caste/Dalit question in India and the significance of its resolution for the democratisation of the individuals, and with it, the society.

In a society where a small percentage of people consider themselves superior to all others merely due to birth, there can be no democratic consciousness.

There have been other books on this subject, but they have primarily been based on secondary sources. But Rahul has personally investigated the issue, traversing difficult and often risky terrain. Such investigative journalism is a refreshing breeze in the stagnant air of superficiality that dominates reporting today.

Having personally studied the developments in Chhattisgarh and having interacted with many revolutionaries and their sympathisers, the author has no doubt added to the reliability of the information. One may agree or disagree with the views presented, but the facts of the Maoist movement seem well elucidated. So, this book becomes an important source material for anyone seeking to study the particular model of development.

Generally, to the ordinary reader of the mainstream media, the issue is just that of violence. This book brings out that the question of violence is secondary; the key question is how to develop the country and its people. The Maoists have one method as reflected in their policies as elaborated in this book while the established government has another, seen in their economic and political policies over the past years.

Let us now address the larger question of India’s real growth. In the Global Hunger Index 2010, India ranks 67th among 88 countries — it was 65 in 2009. And if we turn to the recently-developed UNDP Multidimensional Poverty Index (MPI), which more accurately measures income on the basis of income, health, education etc., we find the situation even worse.

India, it says, has 65 crore people who are poor on this index. It amounts to 55 percent population.

The Right to Food Campaign says that two-thirds of our women are anaemic. India is also at the very bottom of the recently-compiled ‘Quality of Death’ index.

The water in our country is so badly polluted that it has turned into one of the major killers. According to the United Nations (UN), one lakh people die each year of waterborne diseases in India.

If one looks at the issue of food, the situation appears equally grim. Per capita food grain consumption has fallen from 177 kilos per year in 1991 to 151 kilos in 1998 (it has dropped even further now). Compare this to 182 kilos recorded by the LDCs (Least Developed Countries) and 196 kilos in Africa.

Besides general reading, this book could be useful for any future dialogue between the government and the Maoists which is an urgent necessity.

Rahul has put in enormous effort to produce a work based on an important phenomena in today’s India. This will only help any discourse to evolve a better future.