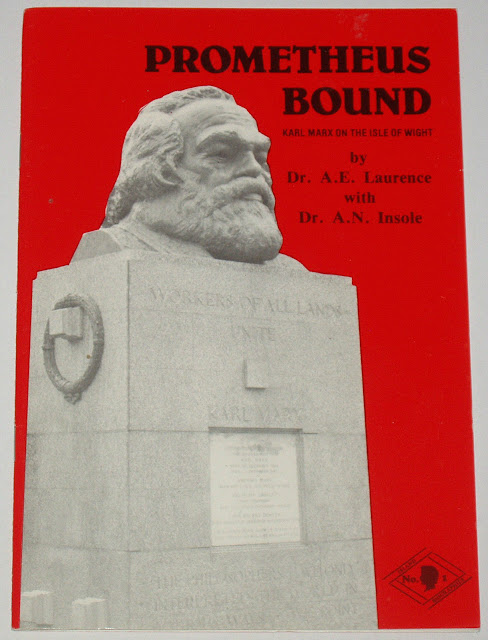 Democracy and Class Struggle says Post Modernism has found it very fashionable to criticise Prometheus as the father of  scientific rationalism which they hate and condemn.

They despise human striving for scientific progress they do not see the science behind productivity of green technology because they do not want too.

The Prometheus myth strongly influenced Marx and Stalin and that is enough for most of its critics for utter condemnation.

However the myth will be re interpreted in different ages - we just have to be living in a dark age -  and we give it a dark interpretation.

They mock people who want to help mankind they only understand self interest.

TITAN! to whose immortal eyes
The sufferings of mortality,
Seen in their sad reality,
Were not as things that gods despise;
What was thy pity's recompense?
A silent suffering, and intense;
The rock, the vulture, and the chain,
All that the proud can feel of pain,
The agony they do not show,
The suffocating sense of woe,
Which speaks but in its loneliness,
And then is jealous lest the sky
Should have a listener, nor will sigh
Until its voice is echoless.

Titan! to thee the strife was given
Between the suffering and the will,
Which torture where they cannot kill;
And the inexorable Heaven,
And the deaf tyranny of Fate,
The ruling principle of Hate,
Which for its pleasure doth create
The things it may annihilate,
Refus'd thee even the boon to die:
The wretched gift Eternity
Was thine--and thou hast borne it well.
All that the Thunderer wrung from thee
Was but the menace which flung back
On him the torments of thy rack;
The fate thou didst so well foresee,
But would not to appease him tell;
And in thy Silence was his Sentence,
And in his Soul a vain repentance,
And evil dread so ill dissembled,
That in his hand the lightnings trembled.

Thy Godlike crime was to be kind,
To render with thy precepts less
The sum of human wretchedness,
And strengthen Man with his own mind;
But baffled as thou wert from high,
Still in thy patient energy,
In the endurance, and repulse
Of thine impenetrable Spirit,
Which Earth and Heaven could not convulse,
A mighty lesson we inherit:
Thou art a symbol and a sign
To Mortals of their fate and force;
Like thee, Man is in part divine,
A troubled stream from a pure source;
And Man in portions can foresee
His own funereal destiny;
His wretchedness, and his resistance,
And his sad unallied existence:
To which his Spirit may oppose
Itself--and equal to all woes,
And a firm will, and a deep sense,
Which even in torture can descry
Its own concenter'd recompense,
Triumphant where it dares defy,
And making Death a Victory.