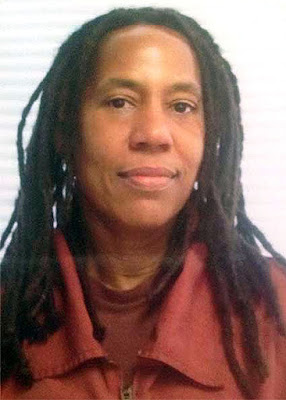 On Saturday, June 16, Debbie was released on parole from State Correctional Institution
(SCI) Cambridge Springs. Debbie will be speaking at a press conference
that will be held at Faith Immanuel Lutheran Church, at 65 Penn Blvd. in
East Lansdowne, Pennsylvania. Other speakers will include Debbie’s son
Mike Africa Jr. and Brad Thomson, one of Debbie’s attorneys.

Debbie said, “I am happy to finally be home with my family, but Janet,
Janine and the rest of the MOVE 9 are still in prison, in the same
situation that I was in and they deserve parole too.”

Debbie was imprisoned since August 8, 1978, following an altercation
between the Philadelphia police and the MOVE Organization. Debbie was
one of 9 MOVE members, collectively known as the “MOVE 9,” who were
convicted and sentenced to 30-100 years in prison following the
altercation.

Debbie was eight months pregnant at the time of the incident and gave
birth in jail to her son, Mike Africa Jr. Debbie has been incarcerated
for Mike’s entire life and the two spent time together outside of prison
for the first time on Saturday, following Debbie’s release.

“After being born in jail and never being with my mom or dad, I’m happy
to be with my mom at home for the first time ever in almost forty years.
But my family is still incomplete because my dad is still in prison.
Forty years of separation is not over for our family,” said Mike Africa,
Jr. His father, Mike Africa Sr. is also one of the MOVE 9 and still in
prison. Mike Sr. is scheduled to next appear before the parole board
this upcoming September.

One of Debbie’s lawyers, Bret Grote, of Abolitionist Law Center, stated,
“This historic release of Debbie Africa renders the Parole Board’s
decision to deny Janet and Janine all the more incomprehensible, as each
has maintained DOC records that are as exemplary and essentially
identical to that of Debbie.”

Debbie had not had a misconduct for violating prison rules since 1992.
She also received the recommendation of the Pennsylvania Department of
Corrections (DOC), as well as recommendations from Corrections expert
and former DOC Secretary Martin Horn, and Philadelphia District
Attorney’s Office. Janet and Janine also received the support of the
DOC, Martin Horn, and the District Attorney’s Office.

In letters written to Leo Dunn, the Chairman of the PBPP, Carolyn Engel
Temin, the Philadelphia District Attorney’s Office First Assistant,
wrote on behalf of District Attorney Larry Krasner that she was
“confident” that Janet and Janine “will not pose a threat to the
Philadelphia community” and that their “continued incarceration does not
make our city safer.” In spite of these letters, the PBPP cited the
“negative recommendation of the prosecuting attorney” as a basis for
denial.

Brad Thomson, of the People’s Law Office, who is also a lawyer for
Debbie, Janet, and Janine stated: “It is shocking that Janet and Janine
were denied parole. Their circumstances and institutional records are
nearly identical to Debbie’s. The decision to deny Janet and Janine
appears arbitrary and it is difficult to understand how the Parole Board
could justify it based on the facts that were presented."

“The Parole Board has the opportunity to correct its mistake regarding
Janet and Janine, stop playing politics with parole determinations for
the MOVE 9, and release our clients,” said Bret Grote of the
Abolitionist Law Center, who also represents the women. “If they do not
take the chance to do the right thing, however, we fully intend to
vindicate our clients’ rights and keep fighting until they join Debbie.”

In addition to Janet, Janine and Mike Sr., three other members of the
MOVE 9 remain incarcerated, as two died in custody. During the August 8,
1978 altercation, a Philadelphia police officer was killed and following
a highly politicized trial, the MOVE 9 were convicted of third degree
homicide. All nine were sentenced to 30-100 years in prison. The six
surviving members of the MOVE 9 are all eligible for parole.