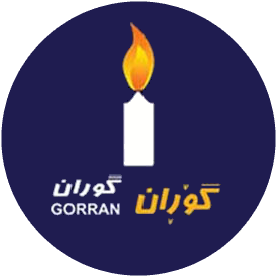 ERBIL, Kurdistan Region - In the wake of the takeover of Kirkuk by Iraqi army and Shiite Hashd al-Shaabi and the withdrawal of the dominant Kurdish Peshmerga forces in the city, the Change Movement (Gorran) in a statement calls for the dissolution of the Kurdish government institutions and the establishment of a national interim government.

“All of the authority and governing institutions should be dissolved,” urged Gorran, blaming the ruling Kurdistan Democratic Party (KDP) and Patriotic Union of Kurdistan (PUK) of failing to administer the Region’s apparatus, which included Kirkuk, largely since 2014.

“We are calling for the establishment of a national interim government until holding a fair public election,” Gorran said in the statement.

“It should be reestablished on a healthy national basis," the statement read.

The statement also called on the authorities responsible for what happened in Kirkuk to “resign as they had announced in the media that they will take responsibility for any bad consequences of the referendum.”

It calls for an immediate withdrawal of the Iraqi armed forces which include Shiite Hashd al-Shaabi from Kirkuk city saying holding a referendum cannot justify their attack on the city and violating the achievements and national rights of the Kurds.

Gorran also urges the international community to put an end to this "destructive war" and not allow the Iraqi government to pose threats to the security of people.

Gorran which is largely seen as a major opposition party in the Kurdish political arena accuses the KDP and PUK of endangering “the people, achievements and the future of our nation” due to holding “a short-sighted referendum.”

The Change Movement blames the KDP and PUK, the two Kurdish parties possessing military forces, for any possible problems which may face the people of Kurdistan.

Iraqi forces, which include the US-trained Counter Terrorism Service and the Iranian-backed mainly Shiite Hashd al-Shaabi, began an attack on Peshmerga-controlled areas south and west of Kirkuk on Sunday at midnight. Monday afternoon, Iraqi forces entered the city of Kirkuk and Prime Minister Haider al-Abadi ordered Iraqi forces take down the Kurdistan flag in the disputed areas and hoist only the Iraqi banner.

Iraqi forces have taken control of the K-1 military base, Baba Gurgur oil field, the governor's office, the airport, and key infrastructure and roads.

Thousands of civilians have fled the city, heading towards Erbil and Sulaimani in the Kurdistan Region.

The attack by the Iraqi forces ordered by Abadi follows weeks of punitive measures taken by Baghdad against Kurdistan in response to the September 25 independence referendum that saw 92.7 percent of people voting to leave Iraq, despite Iraqi opposition.

The Iraqi forces spearheaded by the Hashd al-Shaabi also entered Shingal downtown on Tuesday in the course of their advances on the disputed or Kurdistani territories claimed by both Erbil and Baghdad
Posted by nickglais on 10/17/2017 02:11:00 AM