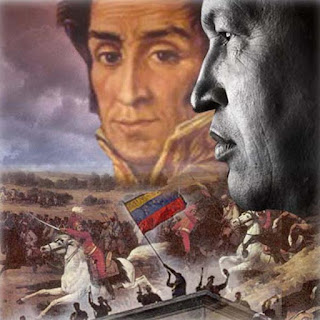 The Bolivarian Republic of Venezuela rejects the unbelievable statement published today by the White House on 07/17/2017.

It is a document of a sort that has never been seen before, which, due to its poor level and awful quality, makes it difficult to intellectually understand the intentions of the assailant country.

Without a doubt, the government of the United States is used to humiliating other nations in its international relations and believes that it will receive as a response the subordination to which they are accustomed.

The trench that the government of the United States is digging in its relations with Venezuela makes it difficult to rationally predict its actions for the entire international community.

The government of the United States, unashamedly, shows its absolute bias towards the violent and extremist sectors of Venezuelan politics, which favor the use of terrorism to overthrow a popular and democratic government.

The moral ruin of the Venezuelan opposition has dragged President Trump to commit an open aggression against a Latin American country.

We know not who could have written, let alone authorized, a statement with such a conceptual and moral poverty.

The thin democratic veil of the Venezuelan opposition has fallen, and it reveals the brutal interventionist force of the U.S. government, which has been behind the violence suffered by the Venezuelan people in the last four months.

It is not the first time that we denounce and confront threats as ludicrous as those contained in this unbelievable document.

We call on the peoples of Latin America and the Caribbean, as well as on the free peoples of the world, to understand the magnitude of the brutal threat contained in this imperial statement and to defend the sovereignty, self-determination, and independence, fundamental principles of international law.

The original constituent power is contemplated in our Constitution and it only concerns the Venezuelan people. The National Constituent Assembly will be elected by the direct, universal, and secret ballot of all Venezuelans, under the authority of the National Electoral Council, as contemplated in our legal framework. It is an act of political sovereignty of the Republic, nothing and no one can stop it. The Constituent Assembly will go on!

Today, Venezuelan people are free and will respond united against the insolent threat posed by a xenophobic and racist empire. The anti-imperialist thought of the Liberator is more valid than ever.