Moon Jae-in words are not enough - if you want peace - no pre conditions - visit Pyongyang Now ! 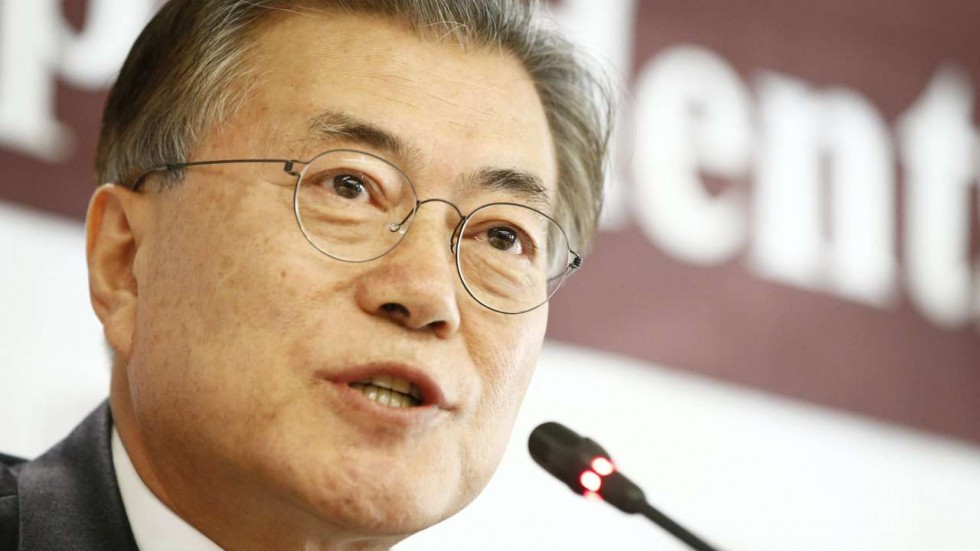 Democracy and Class Struggle says the window of opportunity to prevent a catastrophe on the Korean Peninsula is closing - unless courage is shown there will be a world of regrets - in 1994 catastrophe was averted by Jimmy Carter getting on a plane to Pyongyang  - Moon Jae-in return from Hamburg to Pyongyang NOW !


During a speech Thursday ahead of the Group of 20 summit in Germany, President Moon Jae-in also proposed the two Koreas resume reunions of families separated by war, stop hostile activities along their heavily fortified border and co-operate on the 2018 Winter Olympics to be held in Pyeongchang, South Korea.

But it's unclear that North Korea would accept any of Moon's overtures as South Korea is working with the United States and others to get the country punished for its ICBM launch Tuesday.

It's not the first time Moon has talked about a summit with Kim, but repeating that idea two days after the North's most successful missile test to date clearly indicates he prefers dialogue to applying more pressure or sanctions on the North.

"The current situation where there is no contact between the relevant officials of the South and the North is highly dangerous," Moon said.

"I am ready to meet with Chairman Kim Jong Un of North Korea at any time at any place, if the conditions are met and if it will provide an opportunity to transform the tension and confrontation on the Korean Peninsula."