Despite 200 Israeli Nukes Aimed At Iran, US To Fund Israel Defense To Tune Of $700M


The newest draft of next year’s National Defense Authorization Act will give Israel hundreds of millions of dollars to develop missile defense systems against the non-existent nuclear threat of Iran while Israel points over 200 nukes at the Islamic Republic. Israel currently stands as the largest recipient of U.S. military and economic aid, receiving nearly $10 million daily.

Some have argued that Israel’s huge missile defense system is overkill, given the type of rockets that have targeted Israel in the past. For example, rockets launched by Hamas – which are mostly homemade and by no means military-grade – have caused minimal casualties compared to the repeated bombings of Gaza conducted by the Israeli Defense Forces over the years. 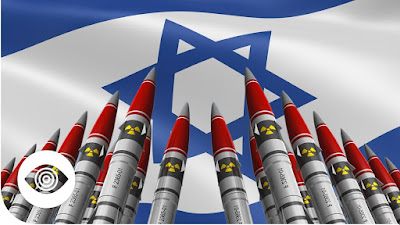 U.S. funding for the Israeli missile defense program is nothing new. In 2016, the U.S. spent $487.5 million on the program, which increased to more than $600 million in 2017. The millions of dollars the NDAA draft allocates to Israeli missile defense represents only a fraction of the military aid Israel receives annually from U.S. taxpayers. The amount of aid is so massive that current figures place the amount of U.S. military aid given to Israel on a daily basis at $9.8 million. It has been the largest recipient of U.S. economic and military aid since 1976.

This already enormous amount of military aid received a huge boost in 2016, when the Obama administration pledged $38 billion to the Israeli military over the next ten years. It was – and still is – the largest military assistance deal the U.S. has ever made with another nation. Allegedly, Israel agreed not to ask Congress for additional funds outside of the deal. However, the latest 2018 NDAA draft shows this apparent concession on Israel’s part was not meant to last, likely due to the Trump administration’s close ties to Israel.

In addition, Israel has long maintained that the development of state-of-the-art missile systems is essential in defending itself against Iran, citing concerns about Iran obtaining a nuclear weapon despite the 2015 Iran nuclear accord. However, U.S. and Israeli intelligence agencies are well aware that Iran has never had a nuclear weapons development program and that all of the nation’s nuclear activity has been used for civilian purposes.

Israel, by contrast, is widely known to have several hundred nuclear warheads in its arsenal, many of which are presumed to be exceedingly powerful and possess sophisticated delivery capabilities. According to leaked emails from former U.S. Secretary of State Colin Powell, Israel has hundreds of nuclear weapons pointed at Iran. In addition, despite being the only nuclear power in the Middle East, Israel is the only country in the region that has refused to sign the nuclear weapon non-proliferation treaty.