Moscow and Beijing have agreed that North Korea should freeze its nuclear and missile programs, while the US and South Korea should abstain from holding war games in the region 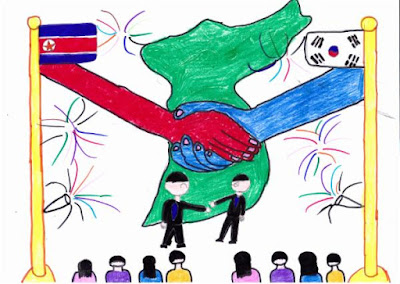 Democracy and Class Struggle the Moscow and Beijing proposal is not new and has been on the table from North Korea for sometime but hardly got a mention in the Western Media echo chamber.

The wording of the statement reflects the fact that North Korea has genuine concerns not least are the US and South Korean covert operations against North Korea upto and including assassination.

This statement makes it more difficult for a military assault on North Korea by the United States and it our view that both Russia and China would render assistance to North Korea if such hostilities commenced despite so called expert opinion to the contrary.

Moscow and Beijing have agreed that North Korea should freeze its nuclear and missile programs, while the US and South Korea should abstain from holding war games in the region, Russian President Vladimir Putin said.

“We’ve agreed to promote our joint initiative, based on Russian step-by-step Korean settlement plan and Chinese ideas to simultaneously freeze North Korean nuclear and missile activities, and US and South Korean joint military drills,” Putin said at a press conference after meeting with China’s leader, Xi Jinping, in Moscow.

Moscow and Beijing stressed the importance of taking North Korea’s concerns over its safety into consideration, calling them “justified.”

“The two sides stress that justified North Korean concerns should be respected,” a joint statement by Russia’s and China’s foreign ministers reads. “Other countries should make certain moves to resume the negotiations, creating a peaceful disposition and mutual trust.”

“A possibility of the use of military measures to solve the problems of the Korean Peninsula must be ruled out,” the joint statement stressed.