Democracy and Class Struggle says this speech of Molotov illustrates the transformation from the Soviet Union of the 1920's to the late 1930's.

The 1920's was a decade where financing the Red Army was highly problematic - the Soviet Government was seriously short of money for literally everything as David Stone in the Hammer and the Rifle indicates in his bourgeois study the militarization of the Soviet Union.

This was transformed by the late 1930's with Agricultural Collectivisation and Industrialisation - Two massive socially transformative movements led by the the Communist Party in which the proto mass line was also first developed.

We use the term proto mass line as we see the full mass line idea being developed by Mao Zedong in 1943 but we acknowledge the precursors.

The Great Transformation of the 1930's social and economic ensured that the Soviet Union would pass the acid test of the 1941 Nazis invasion of Russia.

The decisions of the Central Executive Committee and the Council of People’s Commissars, which have been submitted for your confirmation, concerning certain amendments and addenda to individual articles of the Constitution, refer, chiefly, to organisational-administrative questions, but they introduce changes in the administrative division within a few Union republics, refer to the all-Union state apparatus and touch upon vital interests of the peoples of the Union.

According to the first Constitution of the Union, adopted in 1924, 12 People’s Commissariats and a State Planning Commission were formed in our country. By adopting the decisions which have now been submitted for the approval of the Supreme Soviet, we will have in our Council of People’s Commissars the heads of 26 People’s Commissariats, committees and permanent commissions, including the State Planning Commission and the Soviet Control Commission. In addition, another nine all-Union organisations exist under the Council of People’s Commissars and are directly subordinated to it. In all this, not only the tremendous growth of the national economy and of cultural construction has found its reflection, but also the increasing tasks of the military defence of the country and the corresponding need for greater differentiation in state management, which inevitably makes new organisational forms necessary.

Everyone knows what a great road our industry has traversed during these years. In particular, this refers to heavy industry, which has forged ahead of all other branches of the national economy.

We cannot but agree that the rapidly-growing machine-building industry, in the further accelerated development of which all branches of the national economy are so interested, can under present conditions be organised properly only with the help of a special People’s Commissariat. The following figures bear witness to this. If we take only the period of the two Five-Year Plans – of the first and the second Five-Year Plans – then during that time alone, that is, since 1928, the machine-building industry in the Soviet Union has increased 13.5 times. And you know that the demands of the technical reconstruction are by far not yet satisfied, that these demands continue to grow rapidly. Actually we already have two large commissariats of the machine-building type. In the first place, we must speak about the People’s Commissariat of the Defence Industry – this also is, chiefly, a machine-building commissariat. It was formed at the time of the adoption of our Constitution, a little more than a year ago, but it is already loaded with work, so to speak, to the limit. We were forced, however, to create a special People’s Commissariat of the Machine-Building Industry as our demands for technique, for machines, for machine tools are unlimited. The leading place in carrying out the further technical reconstruction in our country now belongs to the People’s Commissariat of the Machine-Building Industry, which was created several months ago. We think that the Supreme Soviet will approve the decision on the formation of the People’s Commissariat of the Machine-Building Industry. [Applause]

The increasing tasks in the matter of purchases are connected with the growth of our agriculture. During the past nine years purchases of grain increased 2.5 times; purchases of both sugar-beet and potatoes were doubled; purchases of cotton were trebled.

Now, when our harvests have begun to increase rapidly, insomuch as the collective farm system is already bearing its first ripe fruits, when the collective and state farms already stand on their own feet, they will show their real worth in an increase in all agricultural products, as well as livestock. [Applause]

The organisation of purchases over the vast territory of the Union is a complicated, big task. A People’s Commissariat is needed which will organise this matter properly, which will improve its local and central apparatus which is to be responsible for the entire matter of purchases. This explains the proposal for the creation of a People’s Commissariat of Purchases. 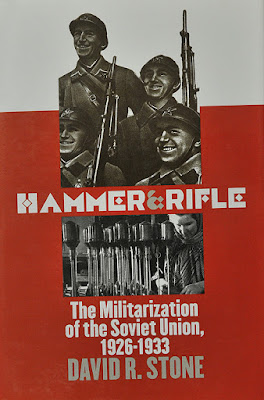 I shall now pass on to the State Bank.

Our State Bank is already a huge organisation, which has no equal in any country.

Along with the growth of the national economy, along with the rapid increase in the demands of the working masses of the city and the village, the tasks of the State Bank are also growing.

From this, comrades, certain organisational deductions must be drawn. The question is to give to such an important financial organisation as the State Bank greater independence.

Further, concerning the creation of one more new People’s Commissariat, about the creation of a People’s Commissariat of the Navy. It must be recognised that this is a highly important and very timely question. We have at present four fleets: the Baltic, the Black Sea, the Northern and the Pacific. It would seem that this is not a little for one country, the more so since our fleets have a direct relation to certain oceans as well. But it is only in recent years that we have been able to set about building a navy in the proper way. And the Baltic, the Black Sea, the Northern and the Pacific fleets have begun to grow as befits the great Soviet power. They are being intensively supplemented by new units, so far minor units, but now when we complete the construction of some new plants – which we shall endeavour to do more speedily – we shall commence to supplement our fleets more quickly and with powerful naval units. [Stormy applause]

We must take into consideration that our country is large, that it is washed by seas for enormous distances, and this always reminds us that our fleet must be sturdy and powerful. [Stormy applause] We are reminded of this also by the capitalist powers, who in the past years have launched out on tremendous naval construction. We do not intend to remain indifferent to this fact, the more so since the imperialist powers can in no way agree among themselves concerning even slight restrictions in the naval construction race. For example, such an aggressive power as Japan refuses, to date, to take any part in limiting her naval armaments. Up till now, notwithstanding all kinds of international conferences – suffice it to recall the London conference of 1936 on the question of limiting naval armaments – there are no limits whatsoever to the naval armaments of our Far-Eastern neighbour – Japan. Must we not take this fact into consideration? It is obvious, you will say, that this circumstance must be properly considered in our work. [Applause]

Here is another fact. Notwithstanding her formal participation in the London conference of 1936, fascist Italy also, for all manner of trivial reasons, has refused to sign any agreement with other countries on the limitation of naval armaments.

And yet today Italy is aspiring to uncontrolled domination of the entire Mediterranean Sea, which cannot but affect the most important interests of the Soviet Union. Must we not take this fact into account also in our decisions? [Applause] It is said that fascist Germany has signed a naval agreement, but it still remains for us to see what this signature is worth. [Laughter and applause] At any rate, everything points to the need for our possessing a strong navy. [Applause]

In order to organise this fleet with its intricate technical equipment, with its powerful naval artillery, with a naval air force befitting the dignity of the Soviet navy [stormy applause], and in order to train in Soviet fashion the numerous cadres of skilled sailors and naval technicians, we need a new People’s Commissariat, a People’s Commissariat of the Navy. [Applause]

Just because our Red Army has grown, here too a vast amount of daily work is required to strengthen it still further, to equip it technically still further, considerably better work is required for the Bolshevik training of Red Army men and commanders, devoted to the fatherland; just because the direction of all this work in the Red Army is faced with enormous tasks, and the navy demands special and at the same time greater attention, we consider it necessary, along with the People’s Commissariat of Defence, to have a People’s Commissariat of the Navy. [Stormy, prolonged applause]

Our task is to raise still higher the defence of the land frontiers and sea coasts of the Soviet Union. We trust that our sailors will fulfil this task with honour and the People’s Commissariat of the Navy will work persistently and indefatigably for the creation of a strong Soviet navy. [Prolonged applause]

Finally, comrade deputies, a few more words about one of the proposals introduced for your approval, namely, the amendment to Article 49 of the Constitution. It is a question of supplementing this article by a reference to the right of the Presidium of the Supreme Soviet to decide the question of declaring martial law wherever it may be necessary.

You know that in recent years no one has attacked the Soviet Union from without, although there have been not a few provocations of various kinds on the part of the imperialist aggressors. Hence there was no need for the above measures and for special decisions in this respect. However, we must foresee some possible complications. It seems to me, therefore, that the proposal introduced on this question is understandable to you and fully acceptable. [Unanimous applause]

These, comrades, are the questions on which I wished to dwell in connection with the changes in the Constitution.

We have a good Soviet Constitution, and that is why the people have called it the Stalinist Constitution. [Stormy, prolonged applause, all rise, exclamations of ‘Hurrah!’, ‘Long live Comrade Stalin!'] Life, nevertheless, follows its course, marches on. Our country grows from day to day and demands new organisational forms. This gives rise to changes and addenda being introduced into our Constitution. This is necessary. It corresponds to the fact that our Soviet system is growing, strengthening and perfecting itself.