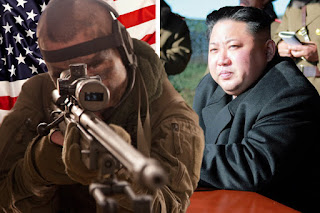 Democracy and Class Struggle makes what should be an obvious point that assassination as a policy pursued by South Korean disgraced former President Park Geun-hye was a road to nowhere and certainly not inter Korean dialogue.

The New South Koren President Moon Jae-in is said not to support such a policy but his rogue intelligence service and the CIA North Korean Centre canot be relied on not to pursue such negative policies unless a major overall of these organisations is undertaken.

Ex-president Park, who was impeached due to a corruption scandal, signed a document approving a “leadership change” in North Korea back in 2015, the national daily reported on Monday citing unnamed sources. South Korea’s intelligence agencies were to prepare operations to carry out the plan.

The report notes that the plotters considered arranging accidents, with a car accident or the derailment of a train carrying Kim Jong-un on the table.

Tension between Seoul and Pyongyang spiked in August of 2015 as the countries exchanged fire after the North fired a projectile at the border city of Yeoncheon.

However, the plans to assassinate the North Korean leader were not picked up by President Moon Jae-in’s administration after Park’s impeachment, the daily reports.

In May, North Korea accused US and South Korean spy agencies of plotting to kill Kim Jong-un with some “biochemical substances,” the country’s Ministry of State Security said, as quoted by AFP.