After the British General Election: Where do we go from here ? by Revolutionary Praxis 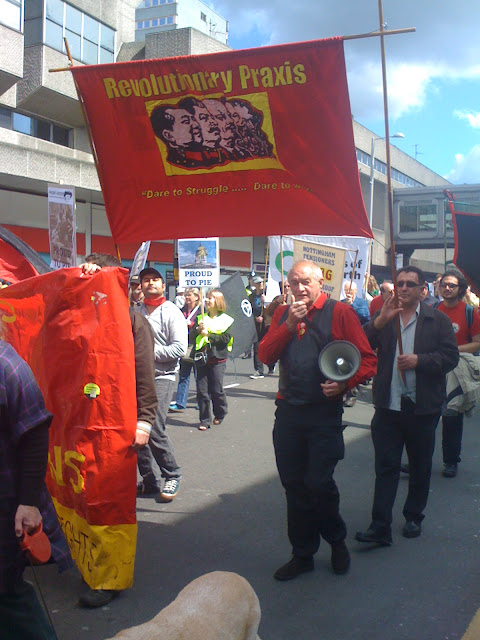 The General Election has returned a hung Parliament. Labour under Jeremy Corbyn has increased its electoral support and made significant gains in numbers of Members of Parliament. On the surface this seems to have been brought about by opposing austerity.

It was clear from the election result that people are desperate to see an end to vicious cuts in public services and the rich rubbing our noses in pay cuts, price rises and poverty.

But voting for Labour, however left-wing its leaders appear to be, is a product of illusions in bourgeois “democracy” still present among many people. The left openly promotes the illusion that Labour can be the saviour of the working class and that it can end capitalism. It is a fundamentally dangerous and defeatist illusion.


Most of the small left-wing organisations in Britain called for a vote for Labour. The Trotskyist ones, such as the Socialist Workers Party and the Socialist Party, openly campaigned for the election of a Labour Government. The ones claiming to be Marxist-Leninist either supported Labour or opportunistically avoided taking up a definite position. Only Revolutionary Praxis and the Revolutionary Communist Group put forward a clear call for people to boycott te electoral farce.

If Labour is transformed into a “socialist” party, as some leftists claim it will be, then it is likely that it will be joined by many of the members of the existing Trotskyist organisations and revisionist “communist” organisations – such as the Communist Party of Britain and the Communist Party of Great Britain – to put up candidates in elections on a reformist programme. This could lead on to the formation of a new “socialist” party. What none of these leftist elements will do is call for a revolutionary way forward.

Long historical experience in Britain and other developed capitalist societies has decisively shown that capitalism cannot be undermined and socialist transformation begun by means of using the existing capitalist political system.

The parliamentary road to socialism is an illusion. Throughout the world, especially in Europe, reformist social democracy has shown itself to be incapable of undermining capitalism. Its time is past.

What is more, a growing number of people have seen through the fraud of parliamentary democracy and refuse to participate. At the same time it is clear that the whole capitalist system on a global scale is riddled with growing antagonistic contradictions it is incapable of solving.

The necessity for revolution has never been so great. With the growing international disillusionment with capitalist “democracy” we are entering a period where revolutionary upheavals and breakthroughs are a real possibility.

Revolutionary Praxis calls upon all serious revolutionary-minded people in Britain to come together to begin the process of creating a revolutionary movement and party. Contact us if you are genuinely interested. Our intention is to convene a forum of those who really want to make revolution as opposed to only talking about it.