A high-ranking figure of the Lebanese Hezbollah resistance movement has branded US President Donald Trump's administration as "mentally impeded and crazy," 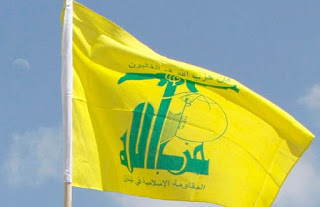 A high-ranking figure of the Lebanese Hezbollah resistance movement has branded US President Donald Trump's administration as "mentally impeded and crazy," two days after Washington and Saudi Arabia placed the leading official on a "terrorism" blacklist.

"America's contempt and blockading that targets our region, countries and communities are proof that it is much weaker than it was in past decades, especially since Trump continues to lead," said Hashem Safieddine, the head of Hezbollah's executive council, in a statement on Sunday.

Safieddine's remarks were apparently in response to a first joint decision made by the US and the Arab kingdom on designating him as a "terrorist," the news of which was announced by the US State Department and Riyadh on Friday, just a day before Trump began his two-day visit to Saudi Arabia.

The senior Hezbollah leader's name was posted on the so-called counter-terrorism blacklist compiled by the US Treasury Department website, which declared that his "assets held in Saudi Arabia are frozen, and transfers through the kingdom's financial sector are prohibited."

Safieddine, whose council runs Hezbollah's political affairs and social and economic programs in Lebanon's Shia community, further blasted the decision, saying, "This mentally impeded, crazy US administration headed by Trump will not be able (to harm) the resistance (Hezbollah) and will achieve nothing more than further media clamor."

He added that the US was evidently much weaker than it had been in the past years and Hezbollah would have "stronger resolve than before" and it would achieve victories "in the months and years ahead," which would be "way better than all those made in the past."

Hezbollah was founded in the 1980s following the Israeli invasion and occupation of southern Lebanon. The movement waged a long resistance campaign against Israeli Zionist troops and pushed them out of southern Lebanon in May 2000.

Since then, the group has grown into a powerful military force and has successfully defeated the Zionist regime several times.