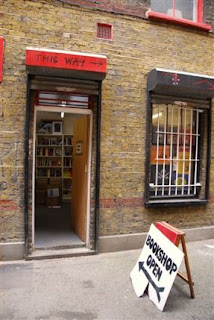 In the early hours of this morning the Freedom Press bookshop in Whitechapel was firebombed. At about 5.30am a window was smashed and petrol poured into the shop and set alight. Freedom Press was founded in 1886, it is the largest anarchist publishing house in Britain and the oldest of its kind in the English speaking world. Alongside its many books and pamphlets, the group also publish a monthly magazine, Freedom, which is the only regular anarchist newspaper published nationally in the UK. Other titles published by Freedom Press have included Freedom Bulletin, Spain and the World, Revolt! and War Commentary.

The Press was founded in 1886 by a group of friends, including Charlotte Wilson and Peter Kropotkin, who were already publishing Freedom newspaper, and has operated, with short breaks, ever since. Much of the bookshop’s recent history was tied up with Vernon Richards, who was the driving force behind both it and Freedom Newspaper from the 1930s until late in the 90s.

The manager of the bookshop Andy Meinke, speaking from the pub where the staff have been forced to relocate said, ‘Freedom will carry on in the same haphazard way it always has – the Fascists have just driven us to the pub a little bit earlier in the day than otherwise.

Although copies of the Raven have been irreparably damaged which, as you can imagine, is a great loss to the movement. We thank all those who have contacted us today with their solidarity. We remain united in the struggle against fascism.’ No one was hurt in the attack 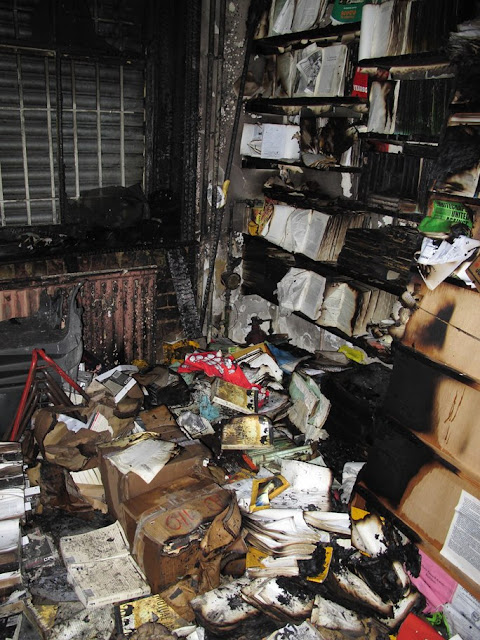