Thomas Paine on monarchy and hereditary succession is relevant in 2011 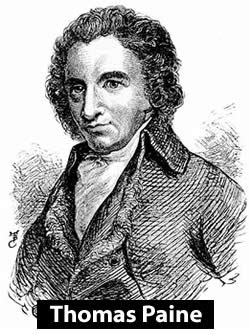 To the evil of monarchy we have added that of hereditary succession; and as the first is a degradation and lessening of ourselves, so the second, claimed as a matter of right, is an insult and imposition on posterity. For all men being originally equals, no one by birth could have a right to set up his own family in perpetual preference to all others for ever, and tho' himself might deserve some decent degree of honours of his contemporaries, yet his descendants might be far too unworthy to inherit them. One of the strongest natural proofs of the folly of hereditary right in Kings, is that nature disapproves it, otherwise she would not so frequently turn it into ridicule, by giving mankind an ASS FOR A LION.
Secondly, as no man at first could possess any other public honors than were bestowed upon him, so the givers of those honors could have no power to give away the right of posterity, and though they might say "We choose you for our head," they could not without manifest injustice to their children say "that your children and your children's children shall reign over ours forever." Because such an unwise, unjust, unnatural compact might (perhaps) in the next succession put them under the government of a rogue or a fool. Most wise men in their private sentiments have ever treated hereditary right with contempt; yet it is one of those evils which when once established is not easily removed: many submit from fear, others from superstition, and the more powerful part shares with the king the plunder of the rest.

If we needed validation of Tom Paine's comments in 2011 on the undemocratic nature of monarchy look at those invited from Middle East and North Africa to attend Royal Wedding in London :


While they will be feasting at the Royal Wedding in London their "subjects" are being killed or are in prison for exercising the right of free speech from Morocco to Bahrain.

I found Mr. Paine's words riveting and most appicable to today's modern world. I have strong contempt for royalty from any nation of peoples for it is the commoners or subjects that often live in substandard living conditions. In America we may not have a literal monarchy but rather a metaphoric monarchy ultra wealthy and privileged social class who believes themselves to be kings and queens. This is the politics of arrogance. Deborah Jeffries

America has a metaphoric monarchy and our kings are named Bill Gates and Warren Buffett as they sit on their thrones while the unemployed exhaust benefits and live out of their cars. Deborah Jeffries