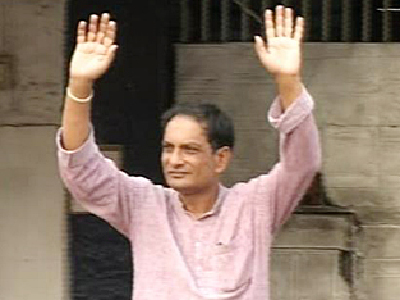 New Delhi: The Supreme Court on Friday granted bail to Dr Binayak Sen, who has been convicted for sedition and sentenced to life by a Raipur court in Chhattisgarh.
While granting bail to Sen, the court observed that no case of sedition is made out against him.
"We are a democratic country. If Gandhian literature is found on some one, it doesn't make him a Gandhian. He may be a Naxal sympathiser but that doesn't make him guilty of sedition," said the court. The court also observed that possession of Naxal literature is not a proof of sedition.

Sen's mother Anusuya Sen said that her son is a Gandhian and has never indulged in violence.
"I am very much relieved, very much happy. My son has gone through much," said Anusuya.
Dr Binayak Sen, a gold medallist from CMC, Vellore and a human rights activist, was convicted for sedition and sentenced to rigorous life imprisonment by a Raipur court on December 24, 2010.
The state claims that Dr Sen is a Naxal conduit but his supporters say he has been penalised for criticising Chhattisgarh's anti-Naxal policies.