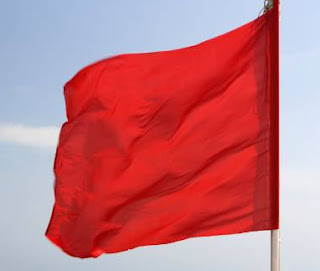 This year’s May Day comes at a time of unprecedented protests and uprisings all around the world. In the Arab world and Persian Gulf, the youth, the proletarians and the broad masses took to the streets and toppled or tried to topple, one after the other, the dictatorial regimes subservient to imperialism.
In the heart of the imperialist countries, working class struggles, general strikes, rebellions of students and youth are opposing the policy of reactionary governments and the development of a modern fascism aimed at shifting the burden of the crisis on to the backs of the masses, bringing layoffs, job insecurity, intensification of exploitation and attacks on education, health care and basic social services.
Struggles and rebellions are ranging from China to the US, from Russia to Latin America. Particularly in Afghanistan and Iraq, imperialism, mainly U.S. imperialism, is suffering blows that prevent it from realizing its plans of occupation, invasion and geo-strategic control on important areas of the world. Its plans to sanctify Zionist occupation in Palestine through sell-out leaders have been checked.
People's wars are the strategic reference for the proletarians and peoples of the world. The people's war in India successfully withstands unprecedented attacks by the enemy and is able to expand and advance. The people's war in Peru persists and recuperates. The people’s war in the Philippines advances. In Turkey, revolutionary struggles led by the Maoists advance along the people’s war strategy. In other countries of South Asia it is being prepared, for initiations and new advances.
In Nepal, 10 years of people’s war have created the conditions for the advancement of Nepali revolution. This revolution is now at a complex crossroads and must be supported against the counter-revolution waged by internal and external enemies as well as against the reformists who try to undermine it from within.
The protracted people’s war is necessary to defeat the enemy both in countries oppressed by imperialism and the imperialist countries themselves, according their own specificities. It represents a new and sharpening phase of the class struggle that expresses the revolutionary aspirations of the proletariat and the world peoples.
All this indicates that the main contradiction at the world level is that between imperialism and oppressed people, while the contradiction between the proletariat and the bourgeoisie and as well as inter-imperialist contradictions are sharpening. In the context of the spreading crisis, the revolution emerges more and more clearly as being the main trend in the current world.
The economic crisis of imperialism, far from being resolved, widens and deepens according to the laws of uneven development and as a result of the contention on theworld market and the tendency towards a maximal extortion of surplus value. The “financialization” of the economy— the main immediate cause of the crisis — tends to reject any control. The use of surpluses from China’s, India’s and Brazil’s economies can’t ensure more than a temporary recovery, which opens the door to new and even more distressing crisis.
The struggling and uprising proletarians and popular masses demand the building of revolutionary parties at the height of the current clash of classes; and that process of organization is developing. We need communist parties based on Marxism-Leninism-Maoism able to lead the class struggle in all fields and aimed at seizing the political power without which it is not possible for the proletarians to overthrow the capitalist and imperialist system. Maoist Communists strive to answer this need for a scientific and decided leadership for the proletarian class struggle, by fighting all kinds of revisionist, reformist and dogmatist deviations.

The proletarians in America will wake up and say I'm mad as hell and not going to take it anymore. Down with the bourgeois and the greedy one percent. Deborah Jeffries

The bourgeios ruling class in capitalist america is a small part of the population at one percent. The ruling class exploits labor for a bigger profit. Why is that we, the proletariat, have so little say in how the country should be run? I prefer the Marxist theory where everyone is equal. There are more of us (proletarian) than them (bourgeois). We should demand a change because capitalism fails us. Deborah Jeffries