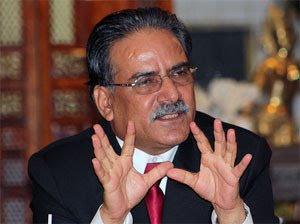 The normal session of the legislature parliament resumed Monday evening following an agreement between the ruling CPN (UML) and the main opposition Unified CPN (Maoist). The House has resumed after two months of obstruction.

As per the agreement reached at a meeting of the senior leaders of the two parties, Prime Minister Madhav Kumar Nepal will address the parliament today on the Maoist demands. He has also agreed to define the powers of the President and the Prime Minister within one month.

The House session was to begin at 3 pm but was delayed by hours as the leaders of the major parties were busy in internal discussions. Earlier today, a brief meeting of the central secretariat of the Unified CPN (Maoist) held decided to allow the legislature parliament to resume its regular proceedings.

Meanwhile, speaking at the start of the session, Maoist chairman Pushpa Kamal Dahal accused the Prime Minister of being ‘remote controlled’ from outsiders and that the new government was established against the spirit of the people's mandate expressed through the CA election. He said his party is now fighting for civilian supremacy and is fully committed to peace process and constitution-drafting process.

He said his party has decided to allow the House proceedings as a reply to those who are trying to subvert the very essence of the parliament.

Dahal also said he resigned as the Prime Minister to avert a major confrontation and keep in tact the peace process and constitution-drafting process.
Posted by nickglais on 7/06/2009 12:36:00 PM