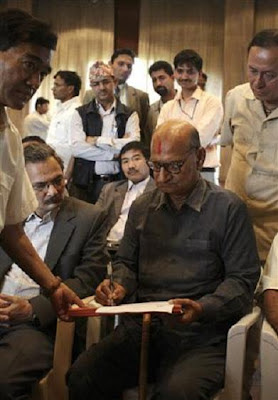 Election for the first president and vice president of the country has begun at the International Convention Centre (ICC) in New Baneshor.

The election scheduled for 11 a.m. today was delayed due to last minute reshuffle of the alliances among the political parties.

The constituent assembly members were found outside the ICC building counting the number of votes to see the possibility of who could win the elections
Posted by nickglais on 7/19/2008 12:37:00 AM