Che Guevara  referring to the economic management system applied in the Soviet bloc, known in Cuba as the Auto-Financing System (AFS). By 1966, in his critique of the Soviet Manual of Political Economy, he concluded that the USSR: 'is returning to capitalism.'[2]
http://democracyandclasstruggle.blogspot.co.uk/2015/09/ernesto-che-guevara-rebel-against.html 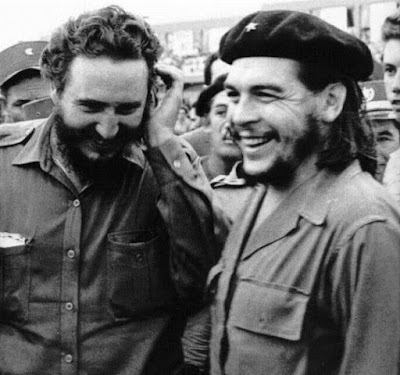 REMEMBER THE FRONTLINE OF ANTI IMPERIALIST STRUGGLE TODAY IN THE PHILIPPINES

Thousands of villagers were trapped in at least 3 towns in the southern Philippine province of Compostela Valley where security forces launched a massive assault on communist rebels, human rights group Karapatan said on Wednesday.

It said at least 1000 families were affected by the military operations which began last week and that three farmers had been shot and killed by soldiers in Monkayo town on suspicion they were members of the New People’s Army.

Troops from the army’s 69th and 71st Infantry Battalion also imposed a food blockade the towns of Maragusan and New Bataan, including Monkayo; and harassed villagers.

Karapatan said air force planes also bombed several times the village of Parasanon in Maragusan, but it was unknown if there were civilian casualties as soldiers prevented human rights workers to inspect the area.

Jay Apiag, a spokesman for Karapatan, said farmers and civilians have been accused by the military as supporters of the NPA or members of the communist group and targeted by soldiers in their desperate hunt for insurgents.

FROM CUBA TO PHILIPPINES THE STRUGGLE CONTINUES

SMASH US ECONOMIC SANCTIONS AGAINST VENEZUELA