Stop the Visit of Narendra Modi to the UK! Remember the Gujarat genocide of 2002 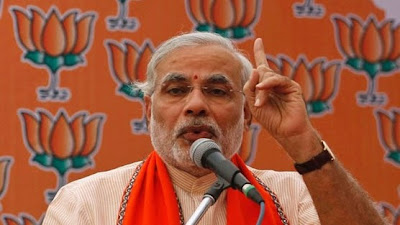 
We the undersigned write to express our concern at the invitation to address the House of Commons issued to Gujarat Chief Minister Narendra Modi by the Labour Friends of India and the Conservative Friends of India.

We strongly believe that Narendra Modi, who is responsible for the 2002 genocidal attacks in which over 2,000 men, women and children from Gujarat’s Muslim minority community were systematically killed, must not be allowed to visit the UK. Modi’s past visits to the UK have been used to raise extensive funds and support for communal violence, and a visit at this time when Modi is launching a campaign to become India’s next Prime Minister, and continues to try to gain votes using openly fascistic and anti-minority rhetoric, would be particularly dangerous.

In the wake of the 2002 genocide and the extensive documentation of Modi’s role in co-ordinating and sponsoring it. the UK, other EU, and US governments were compelled to distance themselves from Modi and the Gujarat government. However recently we have seen the British government take steps to rehabilitate Modi, as evidenced by meetings between the British High Commissioner and Modi in Ahmedabad.

This puts the interests of British corporates wishing to invest in Gujarat ahead of any concerns for human rights and justice, and makes a mockery of the rights of the three British citizens who were murdered during the genocide and whose families are yet to receive justice. We condemn this collusion in Modi’s attempts to deny his role as a mass murderer. We demand that the invitation to Modi is withdrawn and he is refused a visa to the UK

You have begun this article by quoting the perfect name of one of the biggest killers of his own people in Human History.

how much congress paid you to launch this bullshit?

Its so shame on you people who dont respect democracy and their own supreme court.

Didnt yours SC gave him a clean chit?

And if I am mistaken that 2002 Riots were started because a muslim mob of over 1000 burned a whole train of hindu pilgrims to death which included todlers and old people.

Also the report says of the 2000 killed in riots most of them are hindus.

The 2002 Gujarat violence was a period of inter-communal violence in the Indian state of Gujarat which lasted for approximately three days. Following on from the initial incident there were further outbreaks of violence in Ahmedabad which lasted for approximately three weeks, statewide there were further outbreaks of mass killings against the minority Muslim population for three months.[1][2] The attack on 27 February 2002 on a train, thought by most to have been carried out by Muslims, and which caused the deaths of 58 people, some of whom were activists returning from Ayodhya, is believed to have been the cause of the incidents, with some commentators calling the violence an act of retaliation.[3] Other commentators however have disputed this saying that the attacks had been pre-planned, were well orchestrated and that the attack on the train was in fact a "staged trigger" for what was actually premeditated violence.[4][5]

According to the official figures, the riots resulted in the deaths of 790 Muslims and 254 Hindus; 2,500 people were injured non-fatally, and 223 more were reported missing.[6] Other sources estimate that up to 2000 Muslims died.[7] There were instances of rape, children being burned alive, and widespread looting and destruction of property. Chief Minister Narendra Modi has been accused of initiating and condoning the violence, as have police and government officials who allegedly directed the rioters and gave lists of Muslim-owned properties to them.[8] In 2012, Modi was cleared of complicity in the violence by a Special Investigation Team appointed by the Supreme Court of India. The Muslim community are reported to have reacted with "anger and disbelief" and Teesta Setalvad, of the NGO, Citizen for Peace and Justice, has said the legal process was not yet over as there was a right to appeal.[9] In July 2013 allegations were made that the SIT had suppressed evidence.[10]

While officially classified as a communalist riot, the 2002 events have been described as a pogrom by many scholars and commentators.[11][12] Other independent observers have stated that these events had met the "legal definition of genocide",[13] called it an instance of state terrorism,[14][15] while others have said the incidents were tantamount to ethnic cleansing.[16] Instances of mass violence which occurred include the Naroda Patiya massacre that took place directly alongside a police training camp,[17] the Gulbarg Society massacre which resulted in the death of Ehsan Jafri a former member of parliament, and in the city of Vadodara.[18] Martha Nussbaum has said that "There is by now a broad consensus that the Gujarat violence was a form of ethnic cleansing, that in many ways it was premeditated, and that it was carried out with the complicity of the state government and officers of the law"[19]

According to Scott W. Hibbard the violence had been planned far in advance, and that similar to other instances of communal violence the Bajrang Dal, the VHP and the Rashtriya Swayamsevak Sangh all took part in the attacks.[34] An investigation by the British high commission concluded that the violence had been pre-planned and the state government had supported the rioters and that the violence had the mark of ethnic cleansing. This report also said that while Modi remained in power then reconciliation between the Hindu and Muslim communities would not be possible.[67] The US Commission on International Religious Freedom Report in 2003 and 2004 called India a "country of particular concern", and cited as one reason for this was the violence in 2002. They also wrote the even though India has a tradition of democracy, minorities are subjected to mass killings and intense violence periodically. It also made note that those who carry out these acts of violence are rarely held accountable for their actions.[68]

An international fact finding committee formed of all women international experts from US, UK, France, Germany and Sri Lanka reported, "sexual violence was being used as a strategy for terrorising women belonging to minority community in the state."[69]

The CCT report includes testimony of the then Gujarat BJP minister Haren Pandya (since murdered), who testified about an evening meeting convened by Narendra Modi the evening of the Godhra train burning. At this meeting, officials were instructed not to obstruct the Hindu rage following the incident.[70] The report also highlighted a second meeting, held in Lunawada village of Panchmahal district, attended by state ministers Ashok Bhatt, and Prabhatsinh Chauhan, and other BJP and RSS leaders, where "detailed plans were made on the use of kerosene and petrol for arson and other methods of killing."[71] The Jamiat Ulama-i-Hind claimed in 2002 that some regional Congress workers collaborated with the perpetrators of the violence.[72]

Organizations such as Human Rights Watch criticised the Indian government for failure to address the resulting humanitarian condition of the people, the "overwhelming majority of them Muslim," who fled their homes for relief camps in the aftermath of the events, as well as the Gujarat state administration for engaging in a cover-up of the state's role in the massacres.[73]

^ The 2003 International Report by the US State Department can be found here.[1] It states "The Gujarat State Higher Secondary Board, to which nearly 98 percent of schools in Gujarat belong, requires the use of certain textbooks in which Nazism is condoned. In the Standard 10 social studies textbook, the "charismatic personality" of "Hitler the Supremo" and the "achievements of Nazism" are described at length. The textbook does not acknowledge Nazi extermination policies or concentration camps except for a passing reference to "a policy of opposition towards the Jewish people and [advocacy for] the supremacy of the German race." The Standard 9 social studies textbook implies that Muslims, Christians, Parsees, and Jews are "foreigners." In 2002 the Gujarat State Higher Secondary Board administered an exam, while the riots were ongoing, in which students of English were asked to form one sentence out of the following: "There are two solutions. One of them is the Nazi solution. If you don't like people, kill them, segregate them. Then strut up and down. Proclaim that you are the salt of the earth."