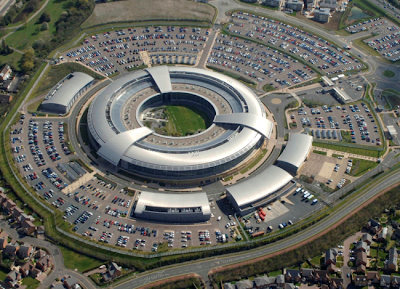 Snowden said of Tempora that "It's not just a U.S. problem. The UK has a huge dog in this fight...They [GCHQ] are worse than the U.S."[3]


Edward Snowden claimed the two principal components of Tempora are called "Mastering the Internet" and "Global Telecoms Exploitation". The aim of each, according to Snowden, is to collate online and telephone traffic.[3] Data utilised by Tempora is extracted from fibre-optic cable communications, and processed. Data are preserved for three days while metadata are kept for thirty days.[1] It is alleged that GCHQ produces larger amounts of metadata than NSA. By May 2012 300 GCHQ analysts and 250 NSA analysts had been assigned to sort data.[3] About 850,000 people have security clearance to access the data.[1]

The Guardian claims that no distinction is made in the gathering of data between private citizens and targeted suspects.[3] Tempora is said to include recordings of telephone calls, the content of email messages, Facebook entries and the personal internet history of users. Snowden said of Tempora that "It's not just a U.S. problem. The UK has a huge dog in this fight...They [GCHQ] are worse than the U.S."[3]

Claims that Tempora was possible only with secret agreements with commercial companies exist, and were described in Snowden's leaked documents as "intercept partners." Some companies are alleged to have been paid for their co-operation. Snowden also alleged that GCHQ staff were urged to disguise the origin of material in their reports for fear that the role of the companies as intercept partners would cause "high-level political fallout".[3] The companies are forbidden from revealing the existence of warrants compelling them to allow GCHQ access to the cables. If the companies fail to comply they can be compelled to do so.[3]

Lawyers for GCHQ said it would be impossible to list the total number of people targeted by Tempora because "this would be an infinite list which we couldn't manage".[3]

GCHQ set up a three year trial at the GCHQ Bude in Cornwall. GCHQ had probes attached to more than 200 internet links by Summer 2011, each probe carried 10 gigabits of data a second.[3] NSA analysts were brought into the trials, and Tempora was launched in Autumn 2011, with data shared with the NSA. Content collected by Tempora was stored for three days, and metadata stored for 30. Ongoing technical work is expanding GCHQ's capacity to collect data from new super cables that carry data at 100 gigabits a second.[3]