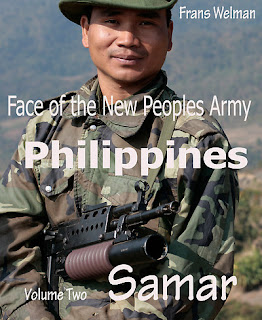 The Rodante Urtal Command of the New People’s Army (RUC-NPA) in Northern Samar today said 17 were killed and 11 wounded among soldiers of the 8th Infantry Division of the Armed Forces of the Philippines in a series of military engagements launched by the RUC-NPA from June to July 2013.
According to Ka Amado Pesante, spokesperson of the RUC-NPA, “These series of military actions occurred in the barangays (villages) of Avelino, Cuenco and Lakandula in Las Navas, Northern Samar, dealing 12 killed and two wounded on the enemy. One Red fighter was martyred and four wounded in these military actions.


"Meanwhile, in the town of Victoria, five soldiers were killed and nine wounded last 25 June when a team of Red fighters and the people’s militia harassed operating troops of the 20th Infantry Battalion between Barangays Lungib and Luisita. There were no casualties on the side of the NPA in this tactical offensive."

Ka Amado Pesante added that the military actions were in response to the people’s demand for the punishment of the 8th Infantry Division, over widespread human rights violations committed by its troops while carrying out brutal military operations under Oplan Bayanihan (Aquino government counter-insurgency program).

“They encamp in civilian communities, commit bombing with mortars as well as aerial strafing on farmlands, destroy properties, and disrupt the livelihood and peace of the people. Recently, a peasant in Brgy. Cuenco, Las Navas, complained that 8th ID troops burned his rice crops worth P42,000 during their military operations.”

Ka Amado Pesante also belied the military’s statement that the revolutionary movement was on its last legs, and clarified that innocent peasants were victimized in the 20th Infantry Battalion’s report about 53 “NPA surrenderees” in Brgy. E. Duran, Bobon.


“The 20th IB commander, Lt. Col. Noel Vestuir, and 8th ID chief Major General Gerardo Layug, are both so desperate to conceal the advances of the revolutionary movement, that they misrepresented the peasants they forced to attend a meeting as 'NPA surrenderees'.


"In fact, because of the successive attacks on their troops, the soldiers are extremely fearful during their operations. Even though they comprise several columns during their operations, they don’t dare to make camp and merely sleep on the ground when resting. They also race against each other in crossing rivers out of fear of an NPA ambush. The US-Aquino regime has dumped six battalions and a special forces unit in Northern Samar, but they run like dogs with tails between their legs when attacked by the NPA.


"They will surely embarrass themselves further with their statements about crushing the revolutionary movement because the people of Northern Samar and the whole region are determined to defeat Oplan Bayanihan.”


Ka Amado Pesante called on all NPA units in Northern Samar to further intensify and spread tactical offensives in response to the call of the Communist Party of the Philippines to defeat Oplan Bayanihan and raise the level of warfare in not too short a time to the strategic stalemate from the strategic defensive.


“The people of Northern Samar cherish the NPA as their army and genuinely advancing their interests. The people’s support further strengthens the efforts of the NPA and the entire revolutionary movement and will surely ensure the defeat of the fascist, pro-imperialist and corrupt maneuvers of the US-Aquino regime.”