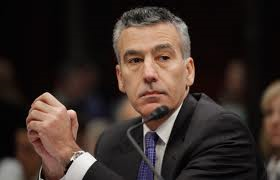 The Communist Party of the Philippines (CPP) said the appointment by US President Barrack Obama of “interventionism expert” Philip Goldberg as next US ambassador to the Philippines mocks and insults the Filipino people even as it signals US intent of heightening its interference and military intervention in the Philippines with the aim of further strengthening its foothold in the country and in the Asia-Pacific region.

Goldberg is set to replace Harry Thomas, who had been US ambassador to the Philippines since 2010. Goldberg is currently Assistant Secretary for Intelligence and Research under the US Department of State.

“It is a grave insult to the Filipino people that the US government is set to dispatch as its ambassador to the country someone who has been declared persona non grata in another country,” said the CPP. The CPP pointed out that Goldberg was expelled as US ambassador to Bolivia in 2008 for having carried out interventionism and acts of subversion against the government of Evo Morales. The Morales government of Bolivia has been openly assertive of its national sovereignty against US interventionism and foreign economic domination.

The US government is known to carry out illegal acts of intervention in countries ruled by governments that oppose US domination and policy impositions. To pursue its political and military interests, the US has been carrying out interventionism efforts including funding and arming of opposition groups, in order to undermine, destabilize and overthrow the political rule of governments that have exercised and asserted national independence such as against the government of Venezuela, Iran and North Korea.

At the same time, the US government has carried out interventionism in countries ruled by puppet regimes which serve and advance US interests. The US imperialists have extended military, financial and political support to such governments to suppress political opposition, especially mass-based anti-imperialist mass movements.


“Indeed, the Amboy (American Boy) government of Aquino is extremely excited over the appointment of Goldberg, as it signals increasing interest on the part of the US to work with the Aquino government in order to strengthen US foothold in the Philippines and further fortify the Philippines as a US military outpost in the Asia-Pacific,” said the CPP. “The appointment of Goldberg form part of the heightened efforts of the US to establish its hegemony in the region with the close cooperation of the Aquino puppet government.”


“The appointment of Goldberg, who has served as an intelligence officer of the US government, as ambassador to the Philippines also signals US plans to heighten its intervention in the Philippines,” pointed out the CPP.

“Over the past three years under the Aquino regime, the US government has been provided with increasing military access to docking and landing facilities for its warships and aircrafts and is set to have exclusive access to parts of Subic and other major sea and airports.”
“With the planned appointment of Goldberg, the US government has committed an increase in military aid to the Philippines from $30 million to $50 million,” pointed out the CPP. “This is set to further increase the capability of the AFP to carry out its armed suppression of the Filipino people.”
“With strong military and political support of the US and the appointment of Goldberg as US ambassador, the Aquino government’s armed forces are set on committing more brutalities and abuses in carrying out its Oplan Bayanihan war of suppression against the Filipino people,” added the CPP.
Posted by nickglais on 8/03/2013 11:47:00 AM