The Electoral Victory of Political Islam in Egypt by Samir Amin 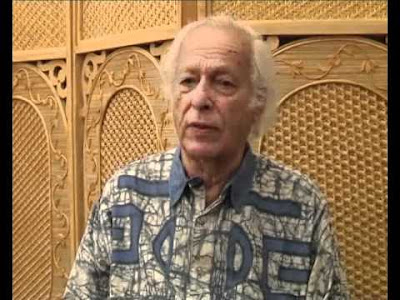 The electoral victory of the Muslim Brotherhood and of the Salafists in Egypt (January 2012) is hardly surprising. The decline brought about by the current globalization of capitalism has produced an extraordinary increase in the so-called “informal” activities that provide the livelihoods of more than half of the Egyptian population (statistics give a figure of 60%).

And the Muslim Brotherhood is very well placed to take advantage of this decline and perpetuate its reproduction. Their simplistic ideology confers legitimacy on a miserable market/bazaar economy that is completely antithetical to the requirements of any development worthy of the name.

The fabulous financial means provided to the Muslim Brotherhood (by the Gulf states) allows them to translate this ideology into efficient action: financial aid to the informal economy, charitable services (medical dispensaries etc.). In this way the Brotherhood establishes itself at the heart of society and induces its dependency.

It has never been the intention of the Gulf countries to support the development of Arab countries, for example through industrial investment. They support a form of “lumpen development” — to use the term originally coined by André Gunder Frank — that imprisons the societies concerned in a spiral of pauperization and exclusion, which in turn reinforces the stranglehold of reactionary political Islam on society.

This would not have succeeded so easily if it had not been in perfect accord with the objectives of the Gulf states, Washington, and Israel. The three close allies share the same concern: to foil the recovery of Egypt. A strong, upright Egypt would mean the end of the triple hegemony of the Gulf (submission to the discourse of Islamization of society), the United States (a vassalized and pauperized Egypt remains under its direct influence), and Israel (a powerless Egypt does not intervene in Palestine). The rallying of regimes to neo-liberalism and to submission to Washington was sudden and total in Egypt under Sadat, and more gradual and moderate in Algeria and Syria.

The Muslim Brotherhood — which is part of the power system — should not be considered merely as an “Islamic party,” but first and foremost as an ultra reactionary party that is, moreover, Islamist. Reactionary not only concerning what are known as “social issues” (the veil, sharia, anti-Coptic discrimination), but also, and to the same degree, reactionary in the fundamental areas of economic and social life: the Brotherhood is against strikes, workers’ demands, independent workers’ unions, the movement of resistance against the expropriation of farmers, etc.

The planned failure of the “Egyptian revolution” would thus guarantee the continuation of the system that has been in place since Sadat, founded on the alliance of the army high command and political Islam. Admittedly, on the strength of its electoral victory the Brotherhood is now able to demand more power than it has thus far been granted by the military. However, revising the distribution of the benefits of this alliance in favor of the Brotherhood may prove difficult.

The first round of the presidential election on 24 May was organized in such a way as to achieve the objective pursued by the system in power and by Washington: to reinforce the alliance of the two pillars of the system — the army high command and the Muslim Brotherhood — and settle their disagreement (which of the two will be in the forefront). The two candidates “acceptable” in this sense were the only ones to receive adequate means to run their campaigns. Morsi (MB: 24%) and Chafiq (Army: 23%). The movement’s real candidate — H. Sabbahi — who did not receive the means normally granted to candidates, allegedly only got 21% of the vote (the figure is questionable).

At the end of protracted negotiations it was agreed that Morsi was the “winner” of the second round. The assembly, like the president, was elected thanks to a massive distribution of parcels (of meat, oil, and sugar) to those who voted for the Islamists. And yet, the “foreign observers” failed to observe a situation that is openly ridiculed in Egypt. The assembly’s dissolution was delayed by the army, which wanted to give the Brotherhood time to bring discredit upon itself by refusing to address social issues (employment, salaries, schools, and health!).

The system in place, “presided” over by Morsi, is the best guarantee that lumpen-development and the destruction of the institutions of the state, which are the objectives pursued by Washington, will continue. We will see how the revolutionary movement, which is still firmly committed to the fight for democracy, social progress, and national independence, will carry on after this electoral charade.

Samir Amin is a Marxist economist. Translation by Julia Monod (first published by Pambazuka News under a Creative Commons license).
Posted by nickglais on 7/01/2012 02:26:00 PM

the victory of political islam is due to none of the revolutionary forces in Egypt taking up Bob Avakian's New Synthesis; I cannot stress enough that it is the duty of all sincere revolutionaries to take up and engage with the New Synthesis, and promote the New Synthesis everywhere. Bob Avakian should be a household name in Wales as well as Egypt as well as the US. Democracy and Class Struggle promotes the work of Kevin 'Rashid' Johnson, a black prisoner, but ignores the work of Bob Avakian, as man who has been called ' a white Malcolm X'.