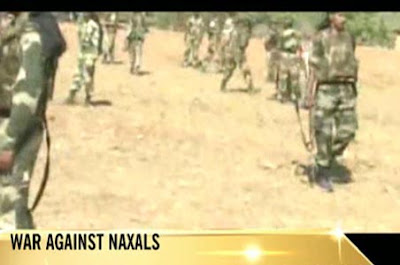 Posted by indianvanguard on October 30, 2009

Calcutta, Oct. 29: CPI (Maoist) politburo member Kishanji today said the Manmohan Singh government should formally write to the Maoist high command if it was “serious” about a dialogue.

“If the Manmohan Singh government is serious about talks, it should write to our general secretary making the offer in black and white,’’ the guerrilla leader said.

In Srinagar today, the Prime Minister stressed on a “holistic approach” to deal with the Maoists. However, the Centre’s stand has been that there can be no talks unless the guerrillas lay down arms.

Opinions differ in the Congress and the mainstream Left parties on how to deal with the situation. While chief minister Buddhadeb Bhattacharjee and other top CPM leaders have spoken in the same voice as the Centre’s, CPI general secretary A.B. Bardhan and some other Left leaders have called for talks “without any pre-condition”.

Even if Kishanji was not keen to broach the possibility of a dialogue between the Maoists and the Marxists, today he asked the government and the CPM to participate in a contest with the rebels for Lalgarh’s development.

“The government blames us for stopping development activities. It has sent senior officials to speed up work that it has failed to do in 32 years. We want the government to prove its sincerity in meeting the basic needs of the people in Lalgarh, which includes supply of drinking water and healthcare,’’ the guerrilla leader said.

“Let the government do 70-80 per cent of the job and the people will do the rest. I also call the CPM and the Trinamul Congress, which are resorting to all sorts of drama over development, to join in. I will call the media on November 20 to show what both sides have achieved,’’ Kishanji said.

He added in the same breath he was neither declaring a “ceasefire” nor asking for the withdrawal of forces as a condition for renewing the development projects. “All I am saying is that the government should not arrest members of the People’s Committee Against Police Atrocities and others who join our development projects. Let the government send doctors, nurses and other staff. The people will help them.”

Kishanji’s development pitch came on a day his comrades killed at least five people. The apparent aim: to strengthen his support base among the tribals before a crackdown. The effort to get a dozen village women released in exchange for a police officer last week was part of the same objective.

However, even a section of Maoists is said to be unhappy with Kishanji’s “indiscriminate killing” and “dependence on armed squads undermining mass movements”.

The guerrilla leader said: “There is no Chinese wall between the annihilation of class enemies and mass movements. This is our party’s line, not mine. Whatever we have done was justified. We killed those who betrayed people.”

He claimed he was considered “soft” within his organisation. “We have punished only 50 per cent of those who should have been punished. I am opposed to unnecessary killings,” the Maoist top gun said. TT
Posted by nickglais on 10/30/2009 01:35:00 AM