Mamata Banerjee today said the Centre should initiate talks with Maoists and “eminent people” could be asked to start the process. 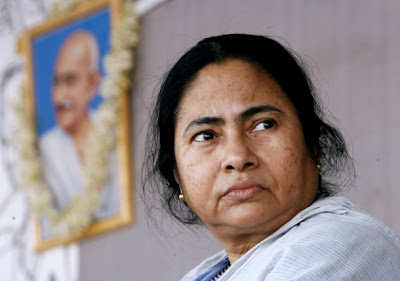 Calcutta, Oct. 10: Mamata Banerjee today said the Centre should initiate talks with Maoists and “eminent people” could be asked to start the process.

The railway minister’s push for talks has come at a time the UPA government, of which her Trinamul Congress is a constituent, is planning a crackdown on the Maoists across several states.

“We do not believe in the politics of bloodshed and violence. These daily killings should stop. There are many prominent people among the Maoists who have brains. I would like the central government to begin a dialogue with the Maoists. The Maoists should shun violence and sit for dialogue. If possible, I think intellectuals and eminent people can be asked to start such a dialogue,” she said in an interview to STAR Ananda.

“All this (the talks) should be done publicly and there shouldn’t be any hide-and-seek. I will definitely tell Chidambaramji to start such talks. Not all Maoists or Naxalites are bad.’’

P. Chidambaram, the Union home minister, has said the door for talks was open but the Maoists will have to lay down arms first.

Mamata said discussions with the Maoists may be the only way to stop them from killing people. “What we are watching is a Maoist agitation in Lalgarh and its adjoining areas on the issue of development. Our party had begun the movement (for the tribals) first. I have seen tribals here survive by eating ants as they don’t get food for days. But killing innocents cannot be the solution. The Maoists will have to be convinced that their path is not right,” she said.

“For this, dialogue is necessary. If talks can be held with the Ulfa in Assam or with (separatist) leaders of Jammu and Kashmir, what’s wrong with having discussions with the Maoists?’’ she asked.

How would you rate Ms.Mamta Banerjee's as Railway Minister?

http://www.opinionpoll.in/AF1
(If the link doesn't work while clicking, please copy the above URL and paste it in your web browser address bar.)