Can popular protests be developed to seize power from the capitalist elites?‏ 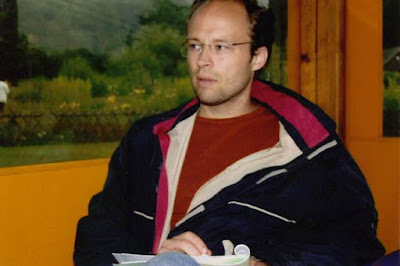 Can popular protests be developed to size power from the capitalist elites?
by Wilhelm Langthaler at the Anti Imperialist Camp at Assisi
The European Union is experiencing its deepest and most acute crisis ever – both in economic as well as in political terms. We are faced with massive capital flight from Southern Europe to its centre, which is not much longer sustainable. At the same time the imposed austerity is driving a downward spiral into recession leading to mass impoverishment. Popular protests are in the making while the politico-institutional framework is at the brink of collapse. The Euro and the entire EU is being threatened, destabilising the power of the capitalist elites.
Acute crisis of capital flight
The current stage of the crisis of the EU/Euro is marked by capital fleeing the European south. The symbol for this are the increasing interest spreads over German bonds. But also banks and the corporate sector are in acute shortage of capital while private consumption is plunging. Together with the severe austerity imposed by the EU centre the European south is suffering deep recession of which the worst is still to come. Large sections of the population including the middle classes are being impoverished to an extent and in a pace unprecedented since decades.
For any peripheral country this would mean immediate default and devastating social crisis as countries like Mexico, Indonesia, Argentina and many other countries did suffer from. Only being part of the EU and the Euro, default could so far be postponed – to social costs which might exceed even the ones to be expected with bankruptcy as Argentina had exemplified.

Along the entire period of neo-liberalism and especially since the demise of the Soviet Union in 1989/91 we have seen a contradictory process of loss of organic control and political hegemony of the capitalist elites over the broad masses across Europe. It is contradictory because one cannot deny that neo-liberalism has indeed been wielding significant influence. But at the same time it cut is organisational links of control over wide sections of the population which had been built after WWII mainly by the means of bourgeois democracy and a steady increase in prosperity also for the subaltern classes. Participation in the political system decreased, democratic rights got curbed in the fury of the “war on terror”, the growth of prosperity was stopped and even reversed and eventually the elites took exclusive control of the political system in form of a cold and creeping coup d’état. The broad masses accepted this tendency more or less with indifference. The appearance of political clowns and even more of right-wing populism is an expression of this loss of hegemony. But the hitherto dominant political passivity and widespread indifference could turn into resistance and rebellion not seen for half a century. The explosion of the Euro and the EU would create an enormous ideological and political vacuum as the main political project of the elites is evaporating.
Implosions and explosions in Southern Europe
It goes without saying that the political crisis is the deepest in the societies affected the most. Along the social rift across Europe runs also a political one. One can even observe that the crisis got the adverse political effect on the centre. Despite the fact that the social situation of the German lower classes did not ameliorate the new political role played by Germany within Europe drives them on the side of their elites. Actually they are even right to refuse the bailouts as their aim is to save capitalist elites while leaving the popular masses in misery. They are wrong, however, when they endorse Merkel’s pressure to austerity in the South.
In Greece a massive popular movement developed refusing further austerity. It let to the implosion of the decades-old bi-partite system controlled by a few leading capitalist families. In the last election the anti-austerity forces only by a small margin did not take control of parliament because of the extra-ordinary bonus granted to the first party. The EU had no contingency plans for such a situation. But also the current government is extremely weak and will break down sooner or later. The elites will no more be able to maintain power abiding by the formal rules of bourgeois democracy. They will need to resort to authoritarian measures unprecedented in the EU running head-on against their very ideological justification. At the same time we see for the first time since decades the development of a popular opposition against the elites. As radical as this opposition might be against the austerity as weak it is regarding a political alternative. By majority they still hope to remain within the eurozone which is being expressed in the programme of the Syriza coalition heading the opposition movement.
Also in Italy it will be nearly impossible to continue imposing austerity with the old eroded political system. The bi-polar system is ruined. The Monti government was a trick of last resort to expire soon. New elections might bring forces to office hostile to continued austerity and also the EU – possible not only from the popular classes as in Greece but maybe also with some parts of the elites. Therefore the elites try to institute a new electoral system so far without success. For the time being a popular mass movements erupted only at the periphery (like in Sicily) or in certain sectors. But there are signs of political change within the popular masses and also the middle classes, like the electoral success of the leftist anti-EU lists of Pepe Grillo happens to indicate. With the crisis deepening ruptures, explosions and turmoil are to be expected.
While a political alternative in further away in Spain which is in much deeper troubles than Italy also there popular protests are erupting which are doomed to grow.
In case…
… the eurozone breaks apart and with it the entire project of the union the rule of the capitalist elites will be put into question first of all at the periphery. The popular masses will become once again after half a century a factor of active historic change. This will offer unique opportunities to revolutionary anti-capitalist and anti-imperialist forces.
Posted by nickglais on 8/21/2012 09:53:00 AM

This article asks a question, yet does not give an answer. the answer to this question, the solution for this problem, is found only in the works of BOB AVAKIAN and the NEW SYNTHESIS which has synthesized the developments in MLM up to the present day. I urge Nick Glais and Democracy and Class Struggle to take up up the NEW SYNTHESIS, and post videos by AVAKIAN as well as by others.