Contradictions in Russian statements , actions towards Kurds in Syria 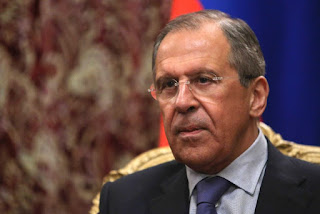 In a clear contradiction between Russian statements and actions towards the Kurds in Syria, Russian Foreign Minister Sergei Lavrov said that there can be no political settlement of the Syrian crisis without the Kurds, at a time allowing the Turkish aircraft to use the Syrian airspace to bomb Afrin.

During a joint press conference between Russian Foreign Minister Sergei Lavrov and his Belgian counterpart Didier Renders in Moscow on Tuesday, Lavrov confirmed his country’s support for the participation of the Kurds in any political settlement process in Syria.

Lavrov added “I want to stress that from the start, Russia has been and continues to support direct Kurdish participation in all Syrian settlement efforts.”

Lavrov admitted that they will not be able to settle the Syrian crisis without the participation of the Kurds.

On the other hand, Russia, which controls the Syrian airspace, allows Turkish warplanes to launch raids on civilians in Afrin. Turkish bombing has so far resulted in the loss of more than 160 civilians and the injury of more than 400 others in Afrin.

Turkey and its mercenary groups, such as al-Nasra (al-Qaeda branch in Syria), have been attacking Afrin since January 20, targeting water purification and desalination centers, mosques and archeological sites, amid international silence.

Turkey is a member of the NATO. Russia can not wage war on the NATO far from its own borders.

There should proper air defense of Afrin by Syrian Air Defense System rather open skies for Turkey - Russia does not need to take lead it should be Syria protecting its own airspace.

Syria has shot down an advanced Israeli fighter plane - why not Turkish ones ?

Russia of course must defend the airspace of Syria, its ally. But as far as I know Rojava rejects the government of Syria.

looks like contradictions being resolved with Syrian Forces moving into Afrin to support Kurds against Turkish Assault - also air defense.